How to see coordinates on Minecraft

How to see the coordinates on Minecraft Java Edition 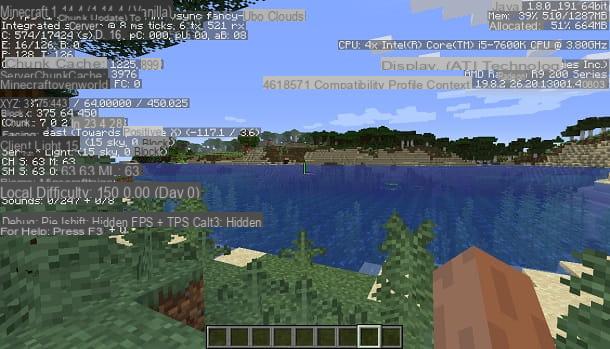 If your intent is to see the coordinates on Minecraft Java Edition, you can do this in a simple and immediate way, regardless of whether you have installed the game on Windows, MacOS o Linux.

After carrying out the operations indicated in the previous paragraphs, you will find yourself inside the world of Minecraft. To view the coordinates of the exact spot where your avatar is, press the button F3 (on Windows) or cmd + F3 o alt + cmd + F3 (on MacOS) in order to display a layer on the screen, through which you can view various information.

To read the coordinates, all you have to do is locate that portion of the screen located at the top left, which contains the words X Y Z. Next to the latter, you will find a series of decimal numbers (even negative) that represent the coordinates in space. Values X e Z correspond to the position of the avatar on the horizontal plane (longitude and latitude), while the value Y indicates the altitude.

As for the values ​​you can display in the coordinates: X e Z have a range that goes from -29.999.984% a +29.999.984. At these coordinates you will find an invisible wall that marks the end of the Minecraft world. Using the teleport command, you can traverse it, by typing the absolute maximum value 30.000.000, but you will not be able to interact with the surrounding environment. The axis Y, on the other hand, has values ​​from 0 a 255 e 64 and represents the sea level.


How to see coordinates on Minecraft Windows 10 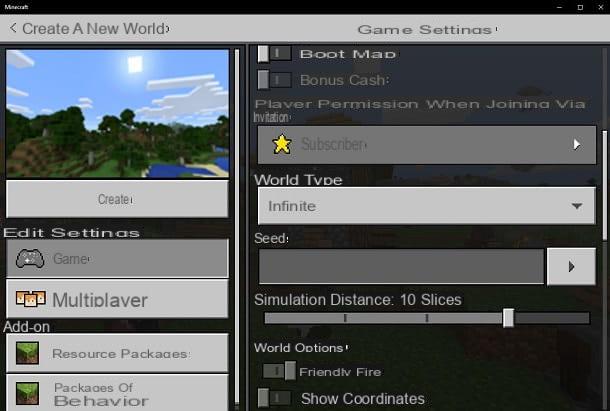 As you well know, there are several versions of Minecraft, which are distinguished according to the platform on which the game is run and the features made available to players. On the Microsoft Store of Windows 10 Minecraft version is available Bedrock Edition, which differs from that Java as it is possible to cross-play between other platforms where the same version of the title is present: Windows 10, Xbox One, Nintendo Switch, Android e iOS.

Minecraft Bedrock Edition it is almost identical on every platform, except for some functionality that may only be present on certain platforms. To see the coordinates, you have to follow the same steps on all platforms.

To be able to find the coordinates relative to the position of your avatar, after starting Minecraft, then press the button Play present on the main screen and select thepencil icon that you find next to the world you have already created, in the tab Worlds.

Once this is done, scroll through the different settings of the game session, until you find the wording Show coordinates. Make sure, therefore, that the lever next to it is set to ON, moving it from left to right.

In case you want to create a new world, instead, after pressing the button Play On the main Minecraft screen, select the item Create new and set the same parameter that I indicated in the previous lines.

Well: you have done everything you need to activate the display of coordinates during the game session. Therefore, all you have to do is access the latter to view the X, Y and Z coordinates in the upper left area.


How to see the coordinates on Minecraft Pocket Edition 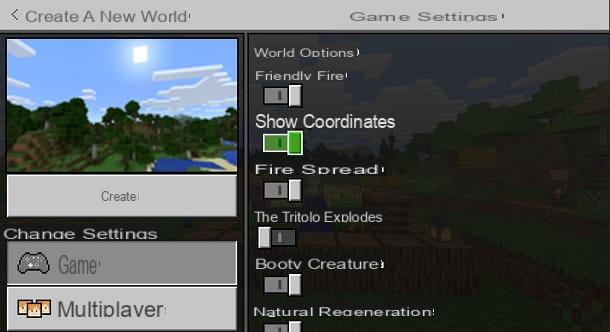 If you like to play Minecraft on your smartphone or tablet (then on Android o iOS), you should know that the version is no longer available for several years Pocket Edition of the game. Even on mobile, in fact, Minecraft is now available in the version Bedrock Edition and, therefore, the operations you will have to carry out to see the coordinates are the same as those I told you about in the previous chapter.

That said, what you need to do is boot Minecraft, using its icon on the home screen or in the drawer, and press the button Play, on the main screen. In the card Worlds, you can create a new world, using the button Create new, or modify one already created, by pressing onpencil icon.

To show the coordinates in game, you simply have to activate the appropriate setting (Show coordinates) that you find in the game session configuration screen. After activating this option, all you have to do is access the world of Minecraft, to see the coordinates in the upper left area.


How to see coordinates on Minecraft PS4 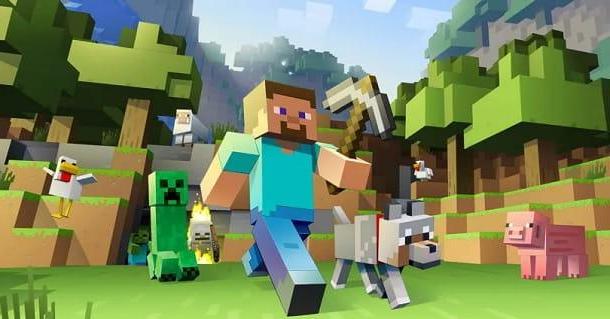 If you play Minecraft through one PlayStation 4, the procedure you have to follow to see the coordinates is different from those I indicated in the previous chapters. You must know, in fact, that on PlayStation 4, Minecraft is available in the version Legacy Edition, no longer supported by future updates.

But you don't have to worry in any way, because finding the coordinates of your avatar in the game world is a really simple procedure. What you need to do is use any one map, to see the X, Y and Z coordinates that update in real time on it. Not sure how to make a map? In this case, my advice is to consult this guide dedicated to the subject.

How to see coordinates on Minecraft

add a comment from How to see coordinates on Minecraft