How to tame a fox in Minecraft

What you need to know about Minecraft foxes 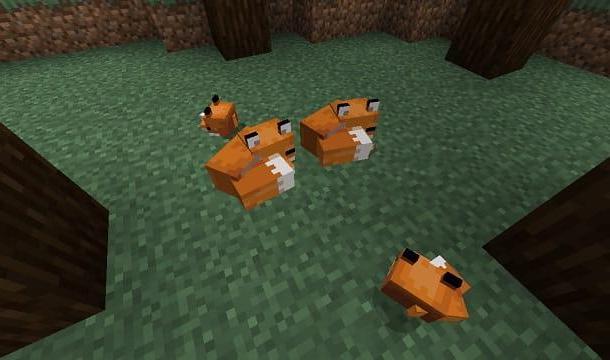 In Minecraft, foxes are animals that can be spotted while exploring the game world. They are of the classic color of a royal fox, therefore from the coat in shades of red, specifically tending to orange. Some, however, may have a white coat.

Foxes, being wild animals, are not sociable and have a shy behavior towards the player when approaching them. In fact, as soon as a fox identifies the player who is approaching it, it will start running away quickly, trying to keep its distance.

Due to this characteristic and also considering the fact that foxes do not increase their degree of trust towards the player when it is possible to feed them, any attempt at domestication becomes almost impossible.

Although it is possible to put a leash on a fox and take it to the shelter, it will always try to escape if you decide not to keep it tied. Taking into consideration all these behavioral characteristics a fox is equipped with, in the next chapters I will explain how to manage to tame one that does not flee every time you approach it.


Tame a fox in Minecraft

If you want to know how to tame a fox in minecraft, in the next paragraphs I will show you a procedure that you can put into practice to make sure that you can succeed in this effort easily. The method in question will consist in making sure that you can breed foxes to generate a cub, which will not run away when you get close to it. 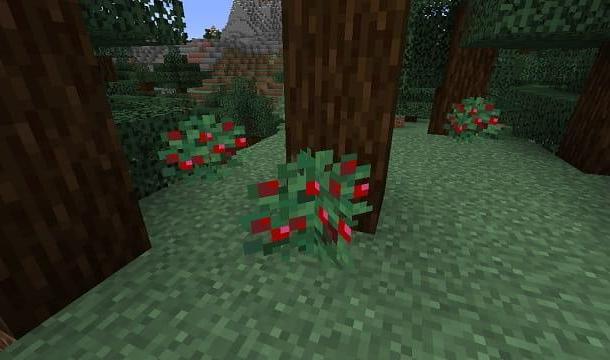 Before getting to the heart of my guide, it is important to point out what you will need to bring with you during your search for foxes, to make sure that you can manage to tame one.

First of all, as I have already anticipated, the main goal is to mate the foxes, as their cub will be the one you will have to take with you to the shelter. This, in fact, will not escape when you get close, because it will trust you.

Speaking of which, you can breed two foxes only by bringing some Berries Sweets and Pastry: two units would be enough, but I advise you to bring just a few more. You can collect this food from Berry bushes that you find in some specific biomes: in the Taiga and in Snow Covered Taiga. To get, you will simply have to interact on the bushes.

Other than that, you will need a Leash. This object is essential to ensure that the fox cub can follow you to your shelter, without escaping: although the cub trusts you, it will try to follow its parents.

To create a Leash, you will need to place in a workbench 4 units of Lanyard e 1 unit of Slime Ball. The Lanyard can be found by defeating spiders or as a treasure inside the trunks around the world. The Slime Ball can be obtained from Slime, creatures that live in swamps and underground.

Finally, I recommend that you get yourself at least 20 units of blocks of any material (no matter what) that you will need to trap foxes and prevent them from escaping. 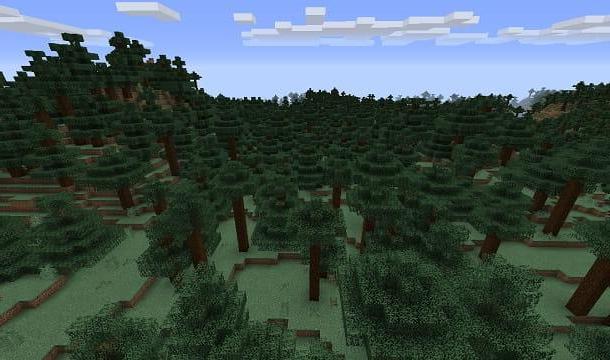 If you have with you all the material and tools that I have indicated to you, it is time to start the search for foxes. As already mentioned, these animals can only be found in the world of Minecraft in a few specific biomes: in the Taiga and in Snow Covered Taiga.

Having said that, moving around these biomes, what you will have to do is look carefully under the trees or in the shaded areas, which are the favorite places for foxes to rest: you will find them, in fact, curled up on themselves and they will not pay attention to you. , if you approach it correctly. 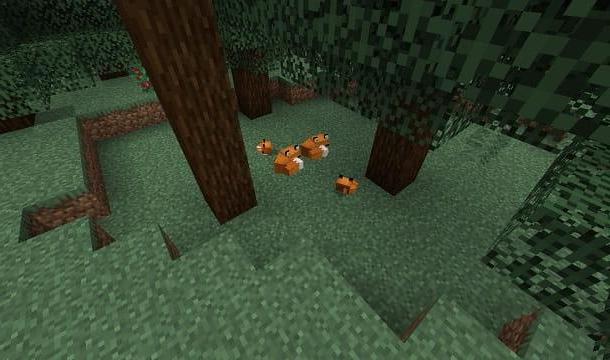 In fact, foxes will immediately sense your presence as soon as you walk or run against them. This will cause them to get scared and start running around the map, trying to keep their distance from your avatar.

Having said that, you can easily guess that the method of approaching them is to squat, so as not to make noise. You will simply have to hold down the key Shift as you walk, to slowly approach and move on to the next step. 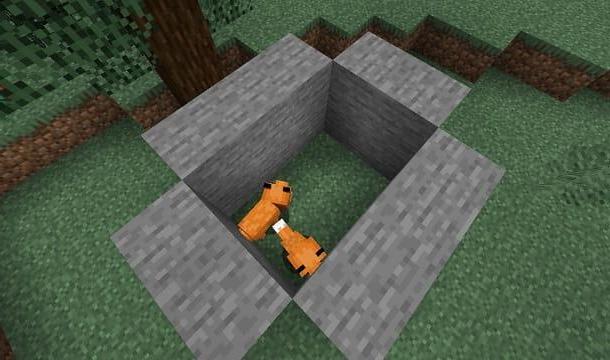 After you sneak up on the foxes (you need to find at least two), the next step is to create a review around them, which is at least two blocks high, so they can't escape when they notice your presence.

You will therefore simply have to arrange the blocks around the foxes (remaining crouched), placing a first row made up of a block and, subsequently, placing the remaining blocks on the second row. Typically, a two-block high fence should be more than enough, although foxes are capable of jumping up to 5 blocks in height.

Once this is done, you can also stop pressing the key Shift, in order to reveal your presence. The foxes will start running scared inside the enclosure and, if you have followed my directions correctly, they will not be able to escape. 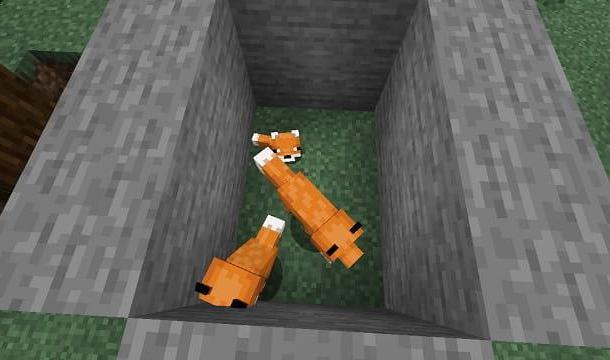 Now, use the Sweet Berries to feed both foxes: equip berries in a quick inventory slot and interact on these animals. If the operation is successful, you will see hearts appearing on the heads of each of the two foxes.

When you have fed both foxes, they will come close to each other and a pup will be spawned next to them. As I have already anticipated, the puppy will not flee in your presence, unlike what happens instead for its parents, because it will trust you.

Now that you've sired a fox cub, your next step is to take it with you to your shelter. Unfortunately, although the puppy trusts you, it will try to follow its parents as soon as you open the enclosure and they will flee.

What you will need to do is equip the Leash and interact with the fox cub, in order to keep him tied to you. As soon as you open the enclosure and the adult foxes have escaped, you can safely head to your shelter with the pup tied up.

If you ever accidentally free him, know that the puppy will not run away and you can easily retrieve him by interacting with him again using the Leash.

Now, all you have to do is feed the puppy berries, so that it grows and becomes an adult. When a fox is an adult, it will be able to produce other pups. You will have to repeat, therefore, all the operations that I have given you in this guide of mine to capture at least two puppies to become adults and generate other puppies, all domesticated.

How to tame a fox in Minecraft

add a comment from How to tame a fox in Minecraft