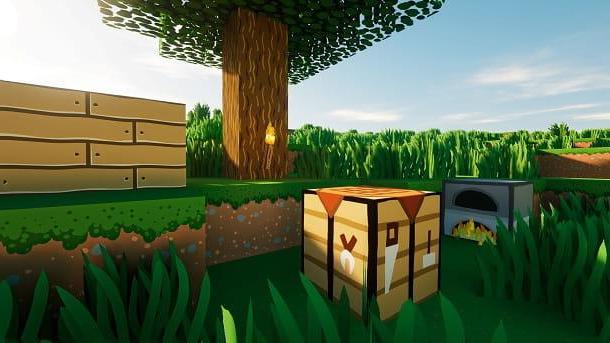 Before going to show you the best Minecraft textures, I think it is necessary to make you aware of some information about it.

In fact, I want to specify that you should only download texture packs from reliable sources, as downloading files from the wrong sites could introduce malicious elements into your devices. For this reason, I invite you to pay attention to the sites you use to download texture packs and always check their degree of authority with the community: just do some research on Google.

You also need to know that, with regards to texture packs for the Java Edition of Minecraft (i.e. the classic PC version of the game), most of them use OptiFine, a mod for optimizing the gaming experience. In this regard, I refer you to my guide where I explain how to install mods on Minecraft. 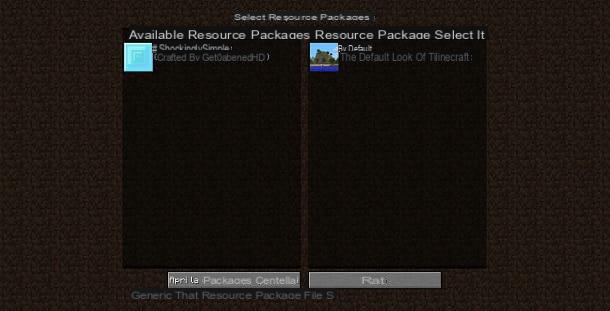 If you don't know how to download a texture pack, keep in mind that this process changes slightly between the Java version (PC only) and the Bedrock version of Minecraft (for Windows 10, mobile devices and consoles), so follow the one that matches the version you have.

To download a texture pack in the Java version of Minecraft, open the game and press the button options. In the menu that appears, click on the button Resource Packs and then on the key Open the packages folder. By doing so, one will open folder inside which you will have to drag the texture pack that you downloaded.


Once that's done, select the texture pack, which should appear under the heading Resource Packs Available, and finally click on the button Done.

If you want to download a texture pack in the Bedrock version of Minecraft, the procedure is simpler than the previous one, as it refers to the store inside the game (in fact, I strongly advise you not to alter the video game files with external tools, which could contain malware).

Start, therefore, by opening the game and pressing the button Settings. In the menu that appears, presses on the item Global resources and then press the key MY PACKAGES and finally on that View marketplace. At this point, select the texture pack you are interested in, buy it (if it is not free), press the button Download e dai confirms.

Now that you've got the texture pack, you just have to go back to the vocals MY PACKAGES, select it and press the key Attiva. Finally, press the button Download and the texture pack will be applied to Minecraft.

It stai using Minecraft su Android and you want to download a texture pack without the Microsoft marketplace, just download the aforementioned package and open it on the device in question. At this point, if Minecraft is installed on it, the texture pack will be installed as well. On iPhone e iPad, you need to copy the texture file to the folder instead Minecraft > games > com.mojang > resource_packs. 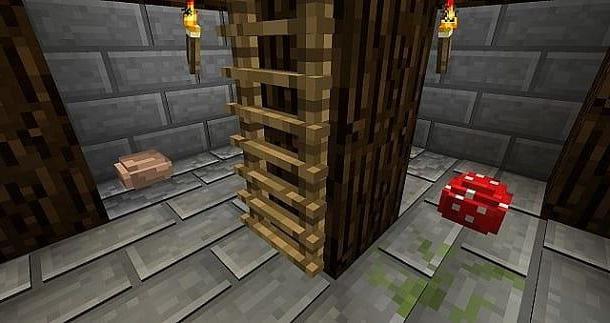 Choosing a suitable texture pack depends on your needs. If you are looking for a package that completely refreshes the graphics game, you need to be aware that this will likely take a toll on your computer's performance, so consider whether this is a viable choice. If, on the other hand, you are looking for a package focused on adding functionality, you're lucky, as these generally don't impact the graphics much, making them more “affordable” even for less powerful computers.

The first texture pack that I can recommend is the Default 3D. As the name suggests, this will accentuate the 3D side of many of the objects and blocks present within Minecraft, trying to make it more "realistic". Whether it's stairs, bricks or simple flowers, almost all objects will undergo noticeable changes, giving a completely new look to the game.

As interesting as this package may be, I must warn you that it is quite "heavy" to hold up, so if you don't have a powerful GPU and still want to use it, I recommend that you rely on the low-quality versions offered by the creator of the texture pack. 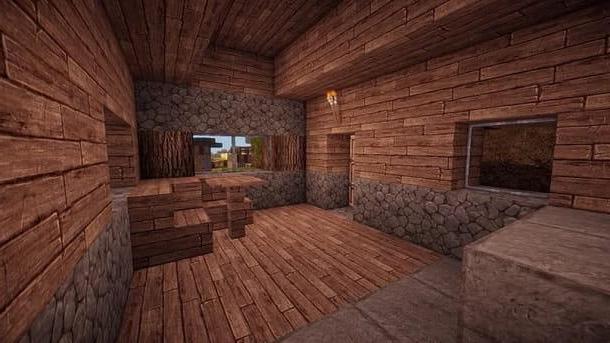 If, on the other hand, you are looking for a more detailed and structured texture pack that completely updates the look of Minecraft, you could rely on the Miranda Realism HD. This, in fact, goes to practically rebuild all the blocks from scratch, giving them a completely renewed appearance and refreshing the gaming experience. It is especially useful in the construction, as the blocks will be completely different from the basic ones, so you can create more original structures. 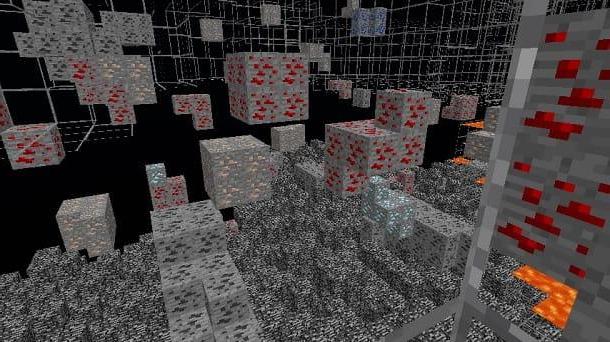 Finally, a very useful texture pack is the X-Ray Ultimate, which makes certain blocks transparent to allow you to see the minerals underground. By doing so, finding them will obviously be much easier, so this texture pack is useful for impatient or struggling players.

Keep in mind, though, that this texture pack is prohibited on most Minecraft servers, as it is considered a cheat and could lead you to be banned from the aforementioned. You have been warned! 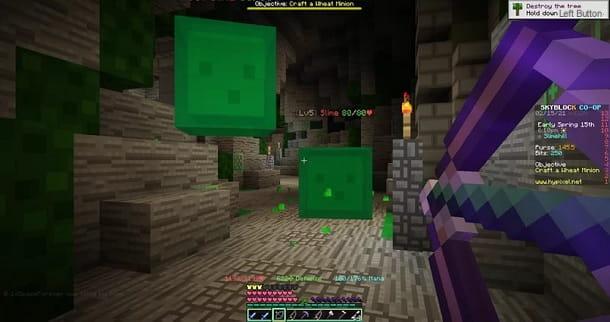 If you are looking for a more focused texture pack on the PvP, first of all you have to keep in mind one thing, which is that you should prefer low resolution packages, especially if you do not have a particularly powerful computer. This is because using a package that is too heavy will weigh on the performance of Minecraft, going to lower the FPS. Therefore, I recommend that you rely on texture packs in 16 × 16 resolution, the same as the basic Minecraft texture pack.

A texture pack suitable for PvP that might be right for you is the PvP allusion. This focuses on making the view as simplistic as possible, so as to help the player concentrate better during fighting. Also, given its low resolution (still offering great graphics), this package will not burden your computer performance, avoiding FPS drops during the game. 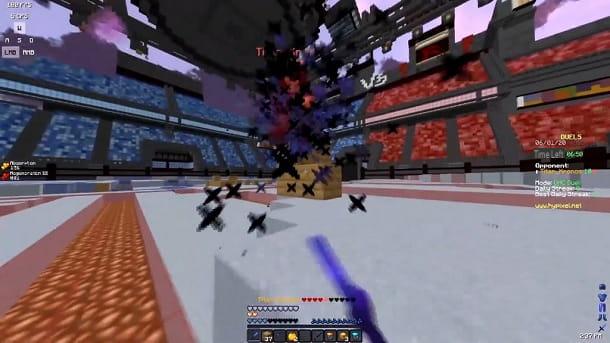 For more compelling graphics, however, you can rely on the texture pack Search 32 × PvP. The main purpose of this pack is to make the combat more exciting and engaging by adding various effects to the attacks, mainly focused on the blue color. However, the texture pack includes changes to the various blocks, especially the minerals, making them more visible and therefore easier to find. 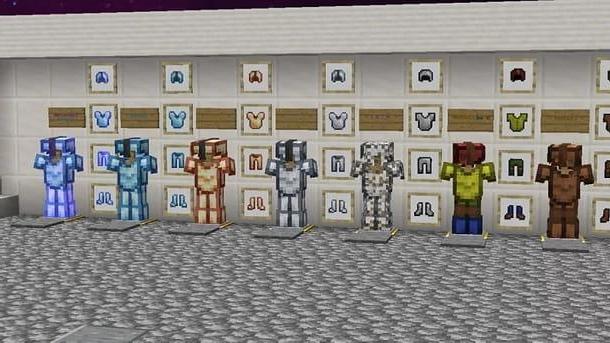 If, on the other hand, you are looking for a texture pack that is a mixture of the two mentioned above, that is, a compelling graphics that does not affect the performance of the game too much, then you could try the ZoudyFault. Despite the low resolution, designed specifically not to burden the FPS during combat, the updated graphics offer a more interesting gaming experience than the classic one. It also offers many features, including modifications to certain particles to make certain entities, such as i monsters and players. 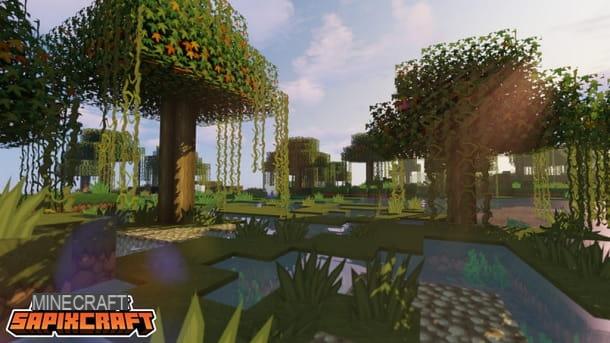 Again, you should prefer lightweight texture packs that don't burden your computer's performance. However, if you still want to enjoy the worlds of the bedwars in their entirety, you could opt for some slightly heavier package, which will improve both the graphics and the fighting.

If you want to enhance the bedwars worlds you take part in by improving the game's textures, then the SapixCraft is for you. This pack is going to completely update the graphics, making them more lively and fresh and offering a more immersive experience in combat. The texture pack is therefore perfect for enjoying the worlds of bedwars to the fullest, but it is not recommended if you do not have a powerful enough computer, given the very high quality of the graphics. 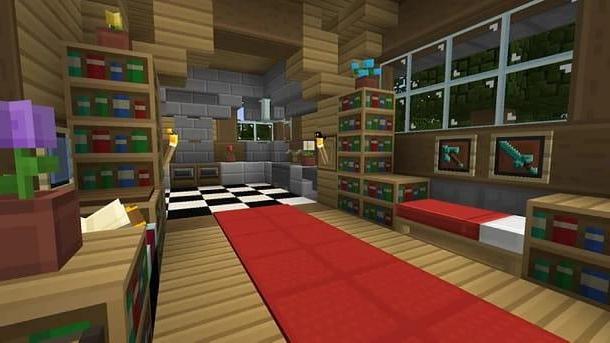 For extremely simple but functional graphics, however, I recommend the Easy Blocks. The package simplifies the blocks to the maximum, going to lighten the graphics exponentially, but still maintaining an excellent view and useful features during the fights. One of these is the change to gear icons, aimed at making it easier to distinguish between these during a hectic moment. 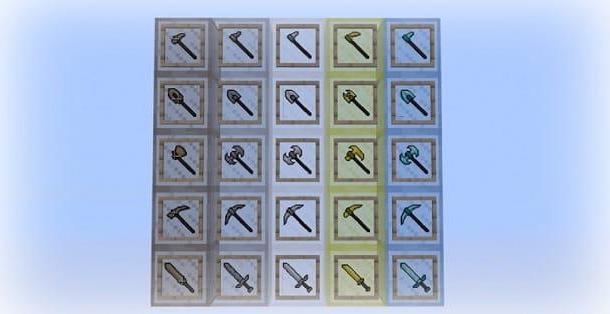 Again, if you would like a texture pack that encompasses light but pleasant graphics and various features, you could opt for the Sharpness PvP. The package, rather than completely revolutionizing the graphics, tends to modify it slightly, giving it a more raw and realistic look, but still remaining very similar to the original one. The resolution is slightly higher than the basic one, but it is still low enough to make the difference unnoticeable, even in terms of performance. 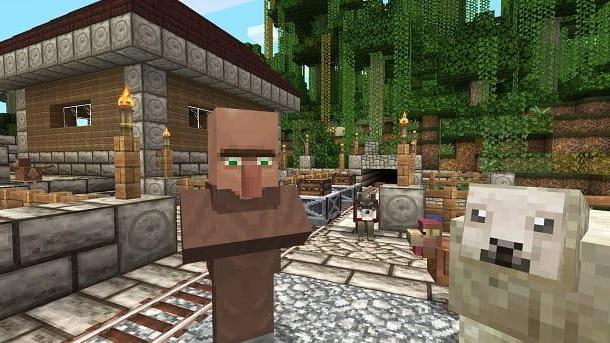 Before showing you the best texture packs on minecraft ps4, I must notify you that at the moment it is not possible to import packages externally and that therefore you can only use those offered by the PlayStation Store, which are all paid.

The first one I recommend, at the cost of 2,99€, and the Natural texture pack. This, as the name suggests, will make the graphics more realistic, updating the look of every block and object in the game. This detail makes the game more immersive, improving the overall user experience during gaming sessions. 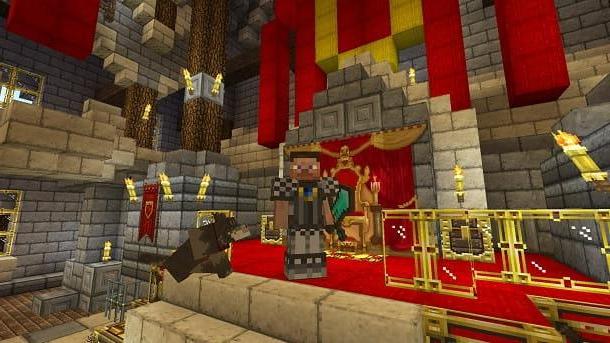 If, on the other hand, you are looking for a texture pack that will modify the graphics more than the one mentioned above, then the Fantasy texture pack could be for you, at the cost of 2,99€. The package is more focused on updating decorative items, such as paintings, glass or torches. In addition, these also include tools, which take on a much more characteristic and unique appearance. 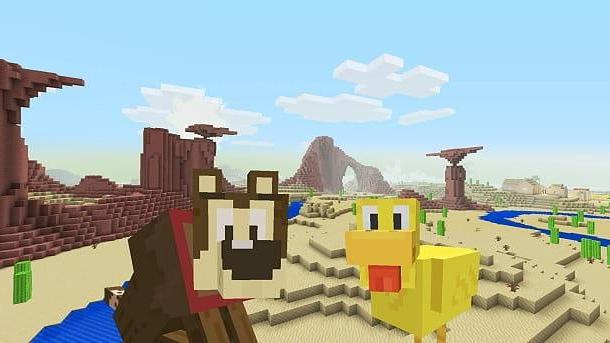 Finally, if you are interested in using a more simplistic, but still pleasing to the eye, texture pack, then I recommend the Cartoon texture pack. This pack modifies the block graphics in Minecraft, focusing more on colors for blocks and fantasy for monsters and animals. This results in more vibrant and pleasing graphics that refresh the gaming experience and never tire!