If you want to do download Minecraft free, the first solution I propose is the one related to downloading its demo version on your computer. In the following lines, I will explain in detail how to proceed.

Although in reality it is not necessary to have a particularly high-performance computer to play Minecraft, let's start by seeing what are the system requirements to run the title on Windows, macOS and Linux, for the version Java Edition.

As indicated, to play Minecraft you need to download and install the software Java. In this regard, if you need to do this, refer to my tutorial where I explain in detail how to proceed.


The requirements for Minecraft Windows 10 Edition, instead, they are the ones that I report to you in the following lines. 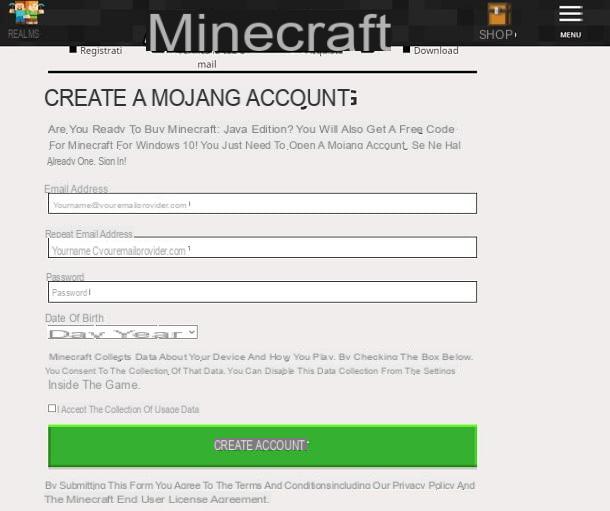 To take advantage of the demo of Minecraft Java Edition you must have an account, which you can create for free via the game's official website. To do this, connect to the Minecraft home page and press the button Log in located at the top.

Now, click on the entry Register one here located at the bottom and, on the next screen, enter the required information: email address, password e date of birth. Then put the check mark on the item I accept the collection of usage data and press pulsating Create account.

Subsequently, you will be prompted to verify the email address provided: therefore, check the mail received, to locate the verification code, which you will then have to enter in the next text field (confirming with the button) Check. Alternatively, to do this first, click directly on the confirmation link contained in the email you received.

Done? Very well, now log in with the account you just created, to be sure that the procedure was successful. After carrying out this operation you will be prompted to buy the game at the price of € 23,95 but, if you want to download Minecraft for free, you can skip this step and proceed with the download of the demo version at no cost, following the instructions you find in the next chapter.

Su Windows, after picking up the Minecraft installation package, double-click on it to start it, then press the button Next twice in a row, click install and Yes, when prompted in the User Account Control window and, to finish, click on Finish. 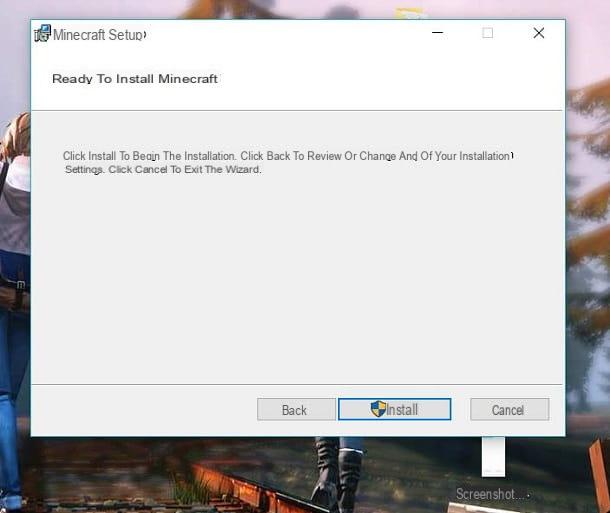 Eventually, you can also download the Minecraft demo at Windows 10 through Microsoft Store. To do this, locate the video game through its search engine (type Minecraft for Windows 10), click on the icon (...) and click on the entry Install evaluation version. If you've never signed in to the Microsoft Store with a Microsoft account, you'll first be prompted to log in with your credentials.

To download Minecraft on MacOSinstead, open the file.dmg that you downloaded from the game's official site, drag its executable into the folder Applications macOS, right-click on it and then press on apri for two consecutive times (this is necessary only at the first start, to bypass Apple's restrictions on applications from non-certified developers). 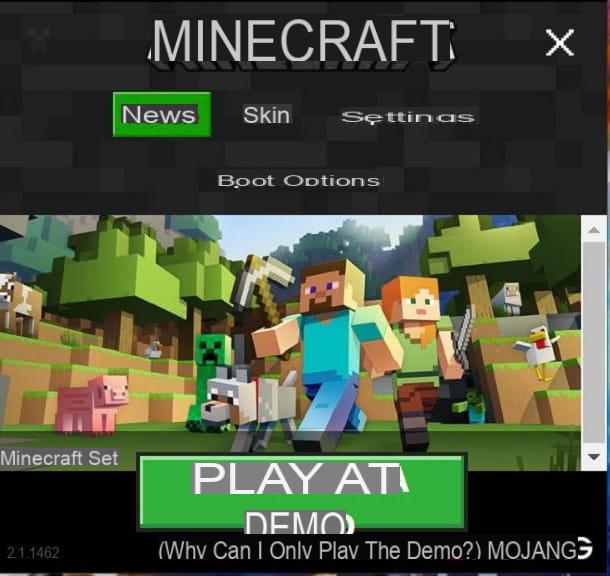 Now wait for all the files necessary for the correct functioning of Minecraft to be downloaded automatically, then, at the end of the procedure, start playing by pressing the button Play the demo. Please note that the demo has a time limit of 1 hour and 40 minutes (5 days in the game world). 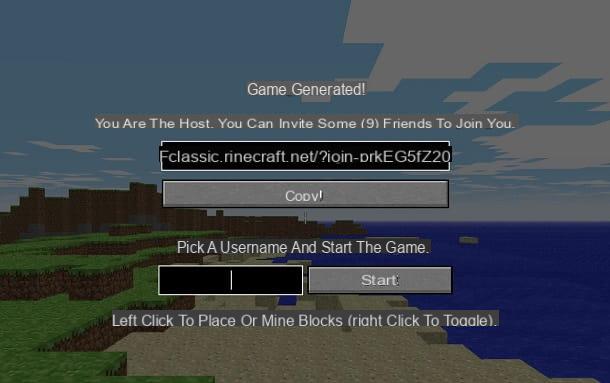 For this reason, the gaming experience is nothing like the current one. In fact, the game world, only available in a similar mode to that Creative, is limited and you have only 32 different blocks to use. Furthermore, it is possible to invite up to nine friends, sharing the appropriate link that is generated during the creation of the game map, with which you can interact thanks to an integrated chat system.

If you are interested in playing Minecraft Classic, what you need to do is reach its official webpage and, on the main screen, type a nickname of your imagination, using the appropriate text box. Via the button Copy, located a little further up, you can instantly copy the session link to share it with your friends and allow them to join you. At this point, press the button Home, to start playing Minecraft Classic for free. 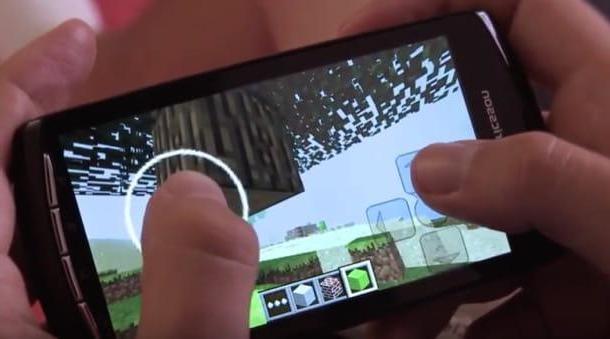 Vuoi giocare a Minecraft for free on smartphones and tablets, you must keep in mind that it is not possible to download the free demo from the Android Play Store or the iOS App Store, as this has been removed. What you can do is buy Minecraft directly at a price of € 6,99 for the Android version or € 7,99 for the iOS version.

If, however, you want to play Minecraft for free on your smartphone or tablet, what you can do is download one of the many free alternatives that I propose below.

If you would like to know more about the version of Minecraft for mobile devices with Android or iOS or the free alternatives, I recommend that you consult these topics in my guide on how to download Minecraft Pocket Edition for free.


Minecraft for free from the console 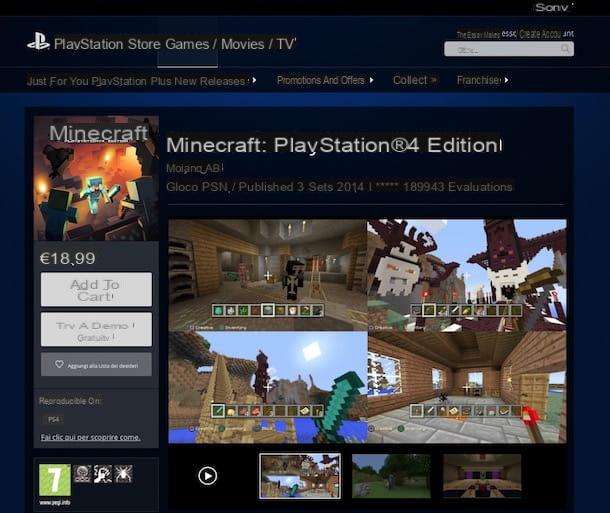 If you have a video game console, you will be interested to know that you can download the free Minecraft demo through it as well. To do this, you must first make sure that the device has previously been connected to the internet.

For example, if you own one Xbox One go to the menu Network> Network Settings and press on the item Configure wireless rete, to make the console connect via Wi-Fi. Otherwise, connect the console to the internet via an Ethernet cable. In case you need help, please refer to my tutorials dedicated to connecting the PS4 and Xbox One to the Internet.

After performing this preliminary step, to download the Minecraft demo, start the default virtual store of the same (for example, press on the item Store in the top menu bar if you want to start the Microsoft Store su Xbox One). Now locate the Minecraft card, via the internal search engine, and download its trial version by pressing the button Install.

Audio Video Minecraft free
How to make a rocket in Minecraft ❯