How to tame a horse in Minecraft 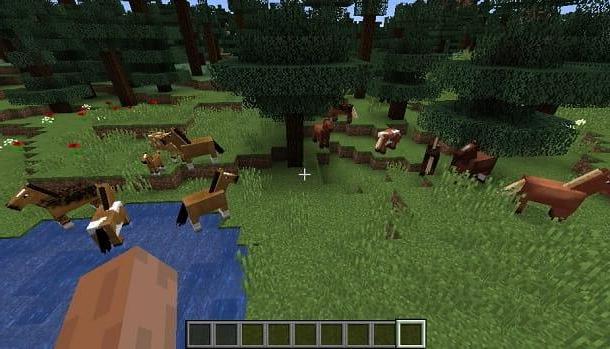 Tame a horse in Minecraft it is an operation that requires only a little patience. It usually takes only a few minutes to perform this activity, but it is important to first have what you need and be prepared.

Horses aren't available in any area of ​​the Minecraft world, but that doesn't take away from the fact that they're easily spotted. In fact, they are easily found in the biome savana or in the lowlands, grouped in a not very numerous herd. This is made up of foals, not tameable, and adult horses that can, instead, be for you.

Each horse is different from the other: first of all for theirs mantle, which can have different colors, streaks and pigmentations. But the difference is not only in this, but also in their statistics: a horse has a variable number of life points, but also a different one movement speed and jump. What I recommend is to tame several, until you find the one that comes closest to your needs.

Also, consider the fact that there are several other types of equines, such as i muli he donkeys, which are different in use than horses. The latter, in fact, can be equipped with a saddle, to be ridden, and with an armor, to resist the attacks of the enemies; donkeys, on the other hand, although rideable with a saddle, cannot wear armor, but it is possible to place a trunk on its back to carry objects. 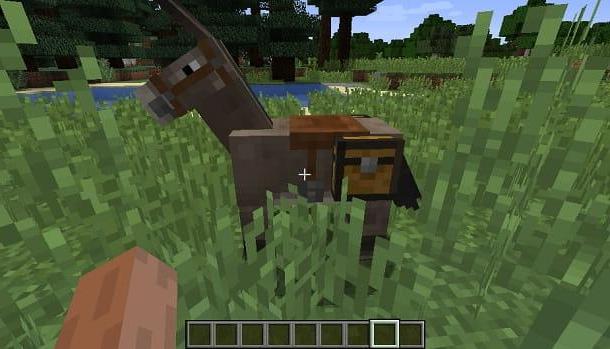 While horses and donkeys can be bred, having them mate to generate pups to raise, mules, on the other hand, cannot mate. Apart from this feature, mules are similar to donkeys in that it is possible to equip a chest on their back for carrying equipment, useful during one's explorations. 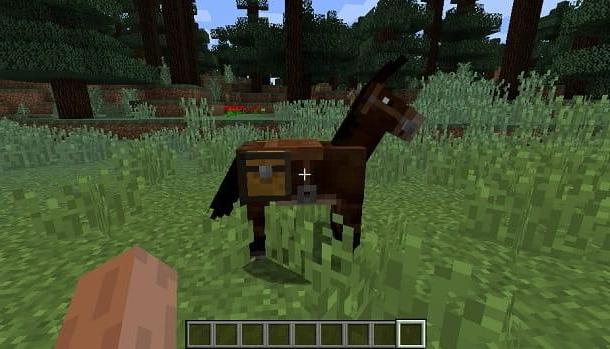 Regardless of the type of horse you want to tame, first consider that you need one seal, to be able to bring the newly domesticated animal back to the shelter. This item cannot be crafted, so it can be obtained through exploration, looking in the chests, that is, the containers that contain various treasures and useful items inside them.

These can be found in several places, such as in the fortresses of the Nether, of which I told you how to access it in this guide of mine, in the forts o temples that you find during the exploration or in the city ​​of the End.

Furthermore, in the villages, close a non-player character (PNG), named Leathermaker, which will allow you to get one saddle in exchange for 10 emeralds, to be equipped on ride-on animals, such as horses and pigs. 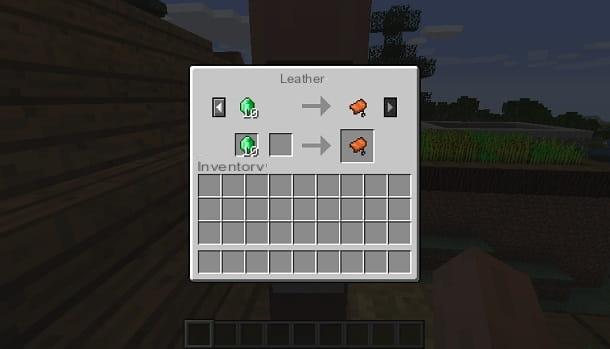 If you don't have this purchase option available, remember that as you trade with NPCs, they will unlock new items for purchase. Bring some leather you get from the animals with you and make a few transactions, until you unlock the saddle option. 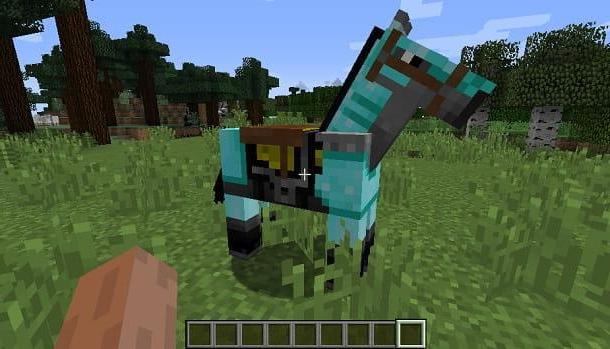 After you get a saddle to use for the horse, you need to find one to tame it. As I mentioned in the previous chapter, horses are available in the clearings in not numerous herds.

Once you've spotted adult horses, approach one of them and interact on it, without equipping any items in the quick slot. When you do this, the avatar will be riding it. The horse, however, within a few moments, will make him fall down to the ground.

You will have to do the same operation again many times, climbing on the horse's back, until the latter is surrounded by hearts. This will indicate that the animal is domesticated and can be led to its shelter.

Unfortunately the horse cannot be moved by the player without one saddle. While the avatar is on its back, open the inventory to access the horse's equipment management panel. Then drag the saddle into the saddle slot for the pet to wear.

By doing so, you will now be able to move the horse in any direction, reaching the places of your explorations faster. 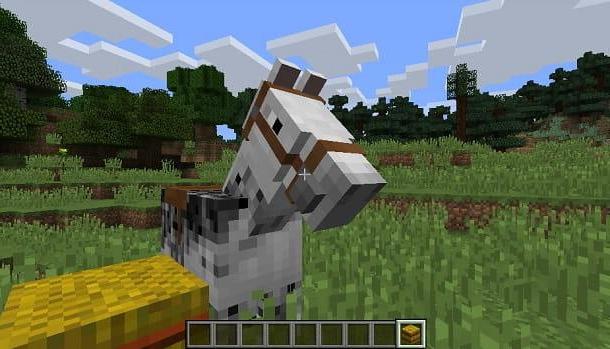 A horse's life total must be restored whenever it is lost due to enemy attacks. In this regard, you need to know that a horse's life points regenerate automatically but, in case you need to restore them without waiting, you can get them by giving the animal food. The foods that can be used on a horse are XNUMX/XNUMX cup sugar, wheat apple and hay. Each of these allows you to recover an increasing amount of life points.

If you use a golden apple or a golden carrot, in addition to recovering the life points, the mating mode is activated, which allows the horses used to make sure that foals are generated. In the next few lines, to conclude, I will show you how to produce or find the food necessary to feed the horses you have tamed.

How to tame a horse in Minecraft

add a comment of How to tame a horse in Minecraft