How to swim in Minecraft

How to swim in Minecraft for PC 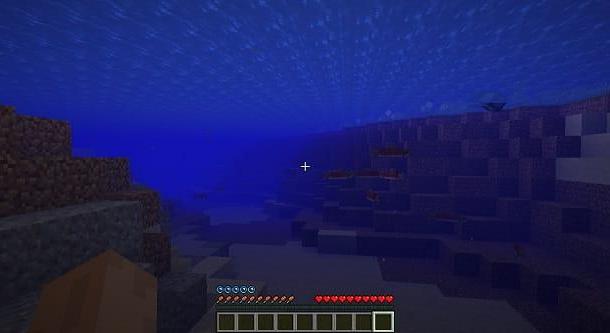 If you want to know how to swim in minecraft on pc, the procedure to be put into practice is the same whether you are in possession of the Java Edition (for computers only) and Bedrock Edition (for Windows 10, smartphones and tablets and game consoles). If you do not know the difference between these two versions of the game and you want to deepen the question, consult the information I have given you in this guide of mine.

As for the computer controls for swimming, after you have immersed your avatar in the water, use the general movement keys to move between the different directions, of which you will find a summary below.

When you enter the water, your avatar will tend to dive slowly, until the appears oxygen bar, visible just above that of Fame.

You have to keep in mind that as soon as this bar is empty, you will start losing health points. Therefore, if you want to know how to stay immersed longer, I recommend reading my guide on how to breathe underwater in Minecraft.

Among the skills you have available when you are immersed in water, there is that of fast swimming. This is possible using the travel key (Ctrl). I warn you, however, that fast swimming is not available when the Hunger bar is less than or equal to 6 points, as is the case for normal running.


As for the control of the immersion and the emergence of the avatar, you can manage this simply by moving forward (the W) and moving the camera with the mouse in the direction (up or down) where you want to go. Alternatively, you can press the space bar to emerge or key Shift to dive faster.

If you play Minecraft Bedrock Edition your PC with a controller, you can refer to the advice that I will give you in the chapter of the guide dedicated to the console version of Minecraft.

How to swim in Minecraft PE 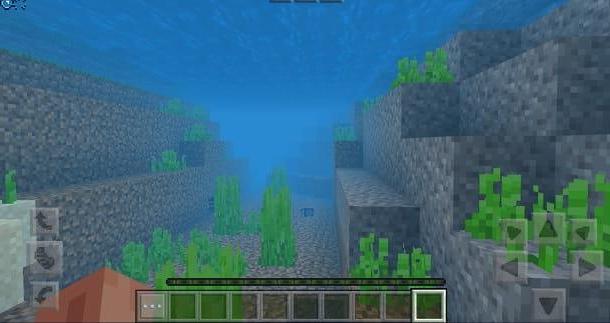 Minecraft PE, today simply called Minecraft and available for both Android and iPhone / iPad devices, it is aligned with the same features and content as the Bedrock Edition of the video game. To be exact, the on-screen controls in the mobile version are similar to those for the console, which I will tell you about in the next chapter.

Of course, you will not be able to press the same keys indicated on a controller, but you will be able to use the touch controls on your smartphone or tablet display for easy swimming. Therefore, after you have immersed your avatar in the water, press the ▲ button twice in succession to quickly swim forward.

Holding down the camera buttoninstead, you can move in any direction while swimming. To immerse yourself and emerge, instead, use the appropriate ones elevation and descent keys on the right side of the screen. It was easy, am I right?

How to swim on Minecraft PS4 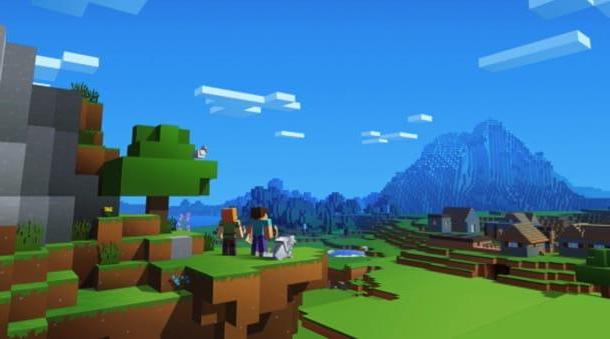 If you play Minecraft via a game console, such as PlayStation 4, Xbox One or Nintendo Switch, know that swimming is very easy, also thanks to the controls on the game controller managed via the directional sticks.

All you have to do, after submerging your avatar in the water, is to use the right directional stick to move wherever you want, helping you with the one on the left, to move the camera. Also, to quickly swim in one direction, move quickly for the forward directional stick twice in a row.

How to swim in Minecraft

add a comment of How to swim in Minecraft