How to summon Herobrine in Minecraft 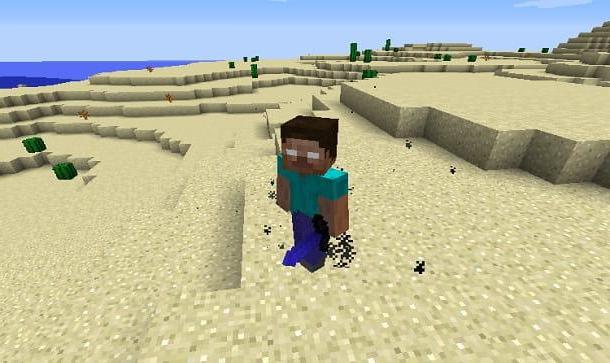 Yes they tell so many stories about Herobrine, but only one is the real one: it does not exist in Minecraft. It is an urban legend that was born many years ago during a streaming about this video game, in which a strange figure with white eyes and human features appeared, staring at the player.

It sounds like a horror story, but it is the fruit of a joke made by a streamer, who did not imagine it would spread to the point of being remembered to this day. This story also came to the attention of the developers, who rode the wave of its popularity to create even more mystery about its actual existence: in the notes on the updates, references were inserted, as a joke, concerning the removal of this creature from the game.

The Minecraft community has been very involved with this story and many stories have been born about Herobrine, such as the one that identifies him as a ghost that haunts players, with the intent to rob and kill them.

It is also said that Herobrine ambushes players, creating dungeons to lure them. It is said, in fact, that walking through the long and narrow tunnels of the underground dungeons, there is the risk of running into the mysterious creature, which chases the player's avatar, to attack him.

Fortunately, to date, there is no interest from developers in implementing Herobrine officially within Minecraft and, almost certainly, never will, considering that this video game has a very young audience. In the meantime, however, it is possible to summon it within the game using special mods that recreate Herobrine with its typical physical and behavioral characteristics. To find out more, read on.


How to summon Herobrine

If your intent is to summon Herobrine, you need to know that you will need to use mods to do this. In the next few paragraphs, I will explain how to install the components necessary to achieve your goal.

The first step in installing a against in Minecraft is to enable the add-on Minecraft forge: this tool is essential for mod management and without it it is not possible to install the mods in the game

Once this is done, press the button Installer, to download the file .jar by Minecraft Forge. Once the download is complete, double-click on the file obtained, in order to start it with Java: this last component is already present on your PC, because it is installed automatically during the installation of Minecraft. If you have any doubts, you can still download Java by following the advice I gave you in this guide.

If the .jar should not open with Java, right-click on it and select the items from the context menu Apri con > Java Platform SE binary. In the screen that is shown to you, then press the button OK, to start the installation of Minecraft forge. 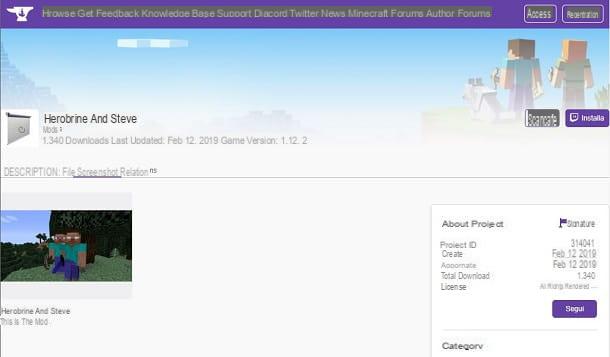 Now that you have successfully installed Minecraft forge, you must proceed with the download of the mod that enables Herobrine in Minecraft. Among the many mods available and compatible with the most recent versions of the game, I recommend the one called Herobrine and Steve.

Herobrine and Steve allows you to summon Herobrine and the famous Steve, the main character of Minecraft on which the appearance of the players' avatar is based. If you are interested in its download, reach this link, which refers to the section of Minecraft su CurseForge.com.

After reaching the web page, click on the button Download, top right, to download the file .jar of the mod. Once this is done, open File Explorer Windows and reach the path C:Users[Utente]AppDataRoaming.minecraft. Now, place the file you just downloaded in the folder mods: if you do not find this folder, you can create it manually, following the advice I gave you in this guide.

Well, we are almost there: what you have to do, now, is to start the Minecraft launcher and press the ▲ icon, located next to the button Play. In the panel you see, then select the profile Forge and fai clic sul tasto Play, to start Minecraft with mod support.

On the main screen of Minecraft, then create a new game session by clicking on the items Single player> Create a new world. Then select the mode Creative and press the button Other world options. In this new section, activate the cheats, making sure that the wording appears Yes, to fianco della voce commands: You will need this to switch between the mode Creative to that Survival. Finally, press the button Done and then on the one named Create a new world. 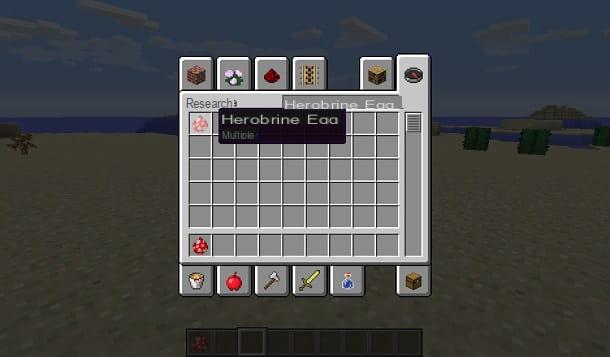 In the mode Creative of Minecraft, you can summon Herobrine using the specific object introduced by mod Herobrine and Steve that you just installed. To begin, open the inventory by pressing the button E on the keyboard, and select the tab Research (Quella with l 'compass icon).

Now, use the text box next to the wording Research, to type the terms herobrine egg: by doing so, you will be shown an object with a 'egg icon with red blotches. To proceed, all you have to do is move the object to the quickbar and that's it.

At this point, select the quick slot where you have placed theegg and right-click anywhere on the ground to summon instantly Herobrine. I warn you that in the mode Creative the creature will not attack you. To switch to mode Survival, press the button T on the keyboard and type the text string / gamemode survival, I follow the pressure of the tasto Submit. Have a good fight!

How to summon Herobrine in Minecraft

add a comment of How to summon Herobrine in Minecraft