How to make traps in Minecraft 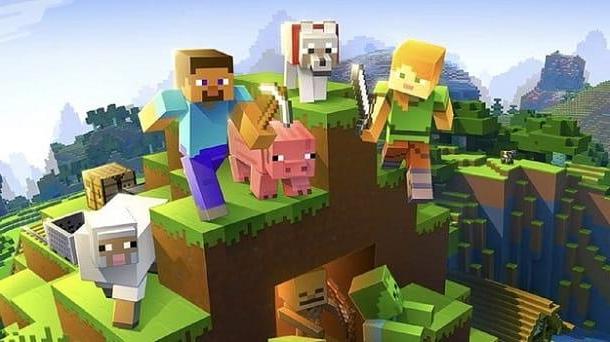 Before we start talking to you about how to make traps in minecraft, it is important to tell you what materials you will need to tackle the realization of this project (which I will tell you about in the next chapter).

First, you need some Redstone dust. This resource is important in order to be able to create Redstone circuits for the activation of the trap. You can get it from the rough blocks of Redstone you find underground.

Next, you need to manufacture the Pistoni: you can easily do this on a workbench by adding 3 units of Wooden Planks, 4 units of Crushed Stone, 1 unit of Iron Bar e 1 unit of Redstone Dust. While all other resources are readily available, i Iron ingots you can get them by melting iron in a furnace.

Also, you will need to craft Iron doorsUsing 6 unit of Iron Bar in a workbench. If you would like to know more about how to make doors, I have told you about it in detail in my guide dedicated to the subject.

In addition to these resources, it is important to have some TNT. It is a powerful explosive that is capable of easily eliminating an enemy when triggered. You can craft it in a workbench, by inserting 5 units of Gunpowder e 4 units of Sand.

Finally, you need some Pressure plates. These items are obtained by putting them together 2 units of a specific material in a workbench. As for the type of blocks to use, it depends on the material of which the other blocks of the structure are made: for example, if you have created a stone floor, you must make stone pressure plates.


How to build traps in Minecraft 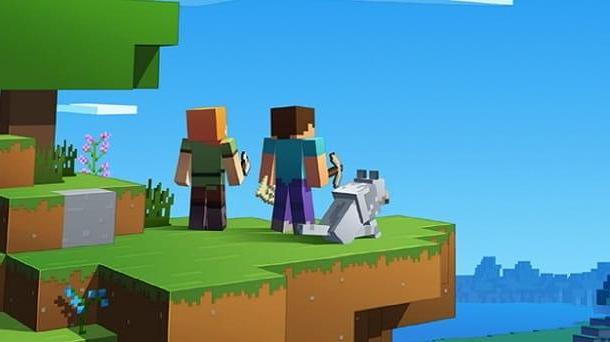 Now that you are aware of which materials to use for build traps on Minecraft, it's time to see together one of the many projects that you can implement in your world to have traps to defend the shelter.

In the example that I will propose to you in the next paragraphs, you will be able to create a trap that consists of an explosive corridor that is activated under a specific condition, that is, when the enemy is on the pressure plate to open the iron door.

First, locate a possible entrance to your secret base, which you will use to access it. In this tunnel you will have to create two paths: one that will actually take you to the base, hidden by a secret passage, and another that will turn out to be a dead end, which will turn out to be the trap for your enemies.

As for the secret passage, you can very well consult my guide dedicated to the subject, in which you will find several suggestions on how to hide an entrance. In the next paragraphs, however, I will explain how to build the trap, through a few simple steps. 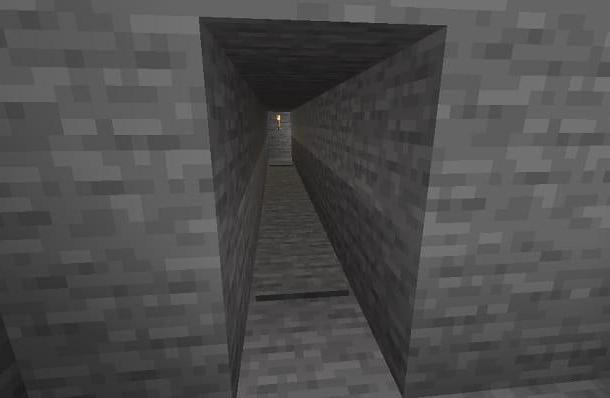 First, the "blind" tunnel will have to be 1 block wide e 2 blocks high. As for its length, this is arbitrary, but the stretch on which you will have to place the trap must be no more than 9 blocks in length. For ease of explanation, place one Pressure Platform at the beginning of the tunnel section and one at the end, counting 7 blocks of distance between the two platforms.

Now, starting from this 7 block long floor area, dig down: you will need to create an area 3x2x7, that is, 2 blocks deep, 3 blocks wide and 7 blocks long. In the two corners of the area you dug, those near the pressure plates, place i Pistoni, facing them up. 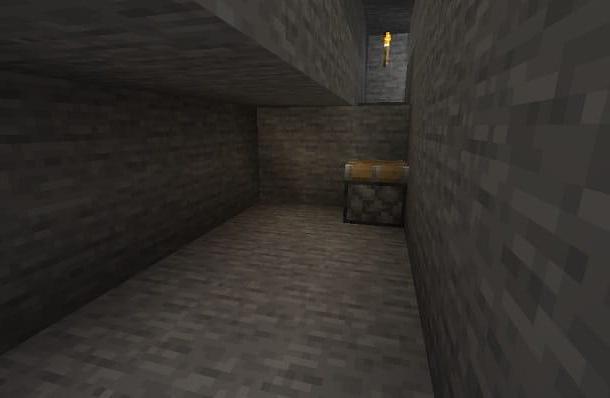 Once this is done, place on the latter blocks that are equal to the floor of the tunnel and, on these, also the Iron doors. Now, starting from the piston, located at the end of the tunnel, place the Redstone dust in a vertical line, towards the other piston. Then add 5 more units to create one "OR" and connect the two pistons. 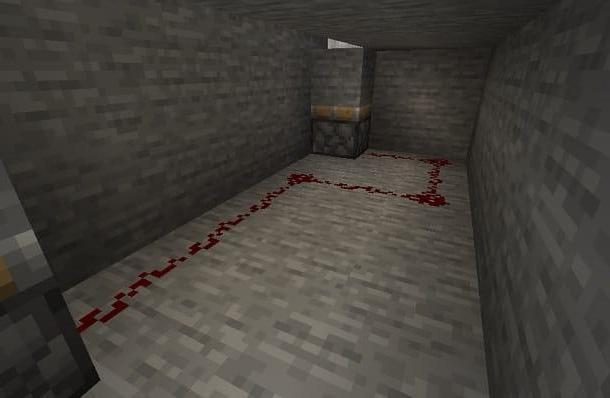 On the side where the Redstone circuit runs, remove five blocks of the wall and then also the five below. Within this area 2 × 5 that you have obtained, you will have to place the explosive, for a total of 10 units. 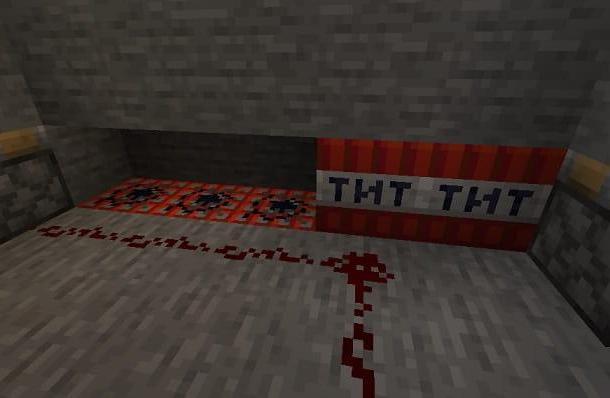 We're almost there: build the tunnel floor, placing the remaining five blocks and finally placing 2 more units of Pressure Platform at their ends, to allow the opening and closing of the iron doors. In this phase it is very important that you do not activate the platform at the end of the tunnel for any reason, as it will activate both the opening of the door and the triggering of the explosive. 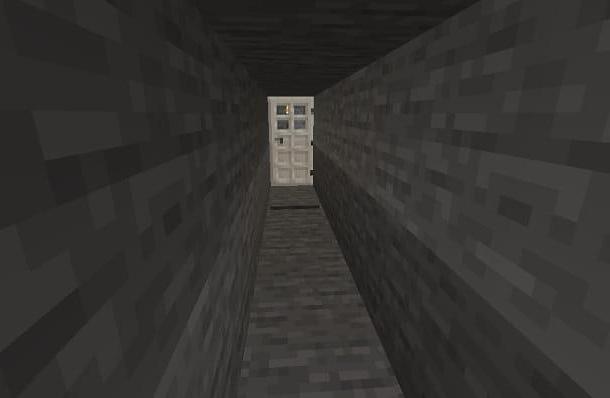 Now, if an enemy enters the tunnel to reach your base, as soon as he steps on the first platform, he will open the iron door.

After he has entered and crossed the short section of the tunnel, he will meet another platform, essential to open the iron exit door: in this case, the pistons will activate to demolish the doors and create a wall that will prevent the exit. from both directions. At the same time, the explosive will be activated which, in a few moments, will detonate, destroying the entire area and all those who are inside it. 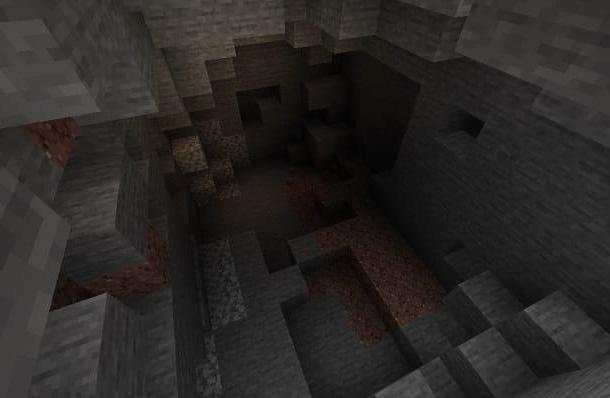 If you don't want too large a chasm, you can insulate the tunnel inside a structure in obsidian, which is unbreakable to TNT. It could be the ideal solution to be able to rebuild the trap again in a short time.

Mod to make traps in Minecraft 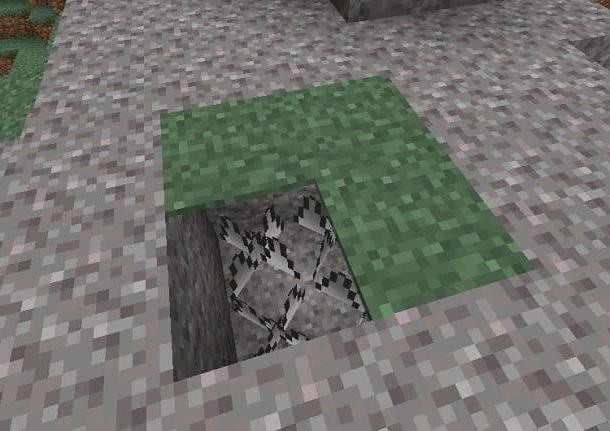 In addition to the tips I gave you in the previous chapters, you can also use some against to add traps to use in your Minecraft world. There are several, but to use them you must first download Minecraft forge, a tool for managing add-ons for Minecraft.

To install Minecraft forge, go to its official website and press the button Installer, relative to the version compatible with the mod and with the Minecraft client. After the file .JAR of the program will be downloaded to your PC, double click on it and install it by pressing the button OK.

Once you have downloaded the file in question, you will need to move it to the folder against, which you find in the path C: Users [name] AppDataRoaming.minecraft. If you don't find this folder, create it yourself, following the advice I gave you in this guide.

At this point, start the Minecraft and press the icon ▲ next to the key Play. Then choose the profile Forge and fai clic sul tasto Play, to start Minecraft with mod support. Entering a world in mode now Creative, you can find the new traps in the inventory, such as the spikes (Spikes) or the grass cover (Grass Covering).

How to make traps in Minecraft

add a comment of How to make traps in Minecraft