How to make the portal to heaven in Minecraft 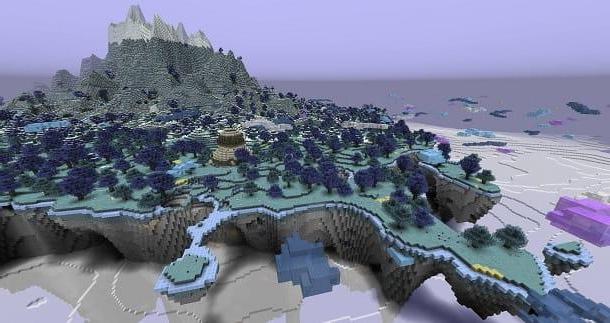 As anticipated in the introduction of this guide, if you are wondering how to make the portal to heaven in minecraft, to fulfill your wish you must necessarily install against (consequently, you have to act as a PC).

In fact, although the development team of Minecraft continues to expand the contents of the game, the "paradise" has not yet been integrated as a setting, at least until today. Either way, there's no need to worry - you can install the mod The Aether, designed by other Minecraft enthusiasts like you, and still access the content you are looking for.

The mod The Aether is the original project that implements a dimension opposed to the Nether on Minecraft. This was then followed by a revised version, called The Aether II, which expands the contents of the previous mod.

The original project of the mod The Aether is compatible with Minecraft version 1.7.10 but, thanks to an update called Aether Legacy, you can also enjoy this content on newer versions of Minecraft, such as 1.12.2 or later builds.

Also The Aether II was born as a project for the 1.7.10 version of Minecraft, but updates have been published (Highlands Update) which make the mod compatible with versions 1.12.2 or higher of the game, albeit with some stability problems.

Also made this due clarification, if you want to know how to use these mods to reach heaven on Minecraft, all you have to do is read the following chapters carefully.


How to install heaven mod on Minecraft

As I anticipated in the introductory chapter of this guide of mine, to enable the dimension of paradise on Minecraft it is necessary to install the mods The Aether o The Aether II. These two mods are different from each other: while the first allows you to access a parallel dimension, the second expands all the functionality of the previous one, adding elements of RPG (ie role-playing game).

Furthermore, the modality of accessing the paradise of the two aforementioned mods is different and, therefore, I will have to dedicate separate chapters to them, to make sure that you cannot in any way have doubts about their functioning.

First, let's see how to install these mods in Minecraft. First, you need to download Minecraft forge: an essential add-on in order to manage mods on Minecraft. To do this, go to the official website of Minecraft Forge and take it, using the button Installer, the installation file.

Also, you will have to change the version of Minecraft present on the PC, so that it corresponds to that of the mod. If you don't know how to do it, you can consult my guide dedicated to the topic. After taking the Minecraft Forge installation file, double-click on it to open it and press the button OK, to confirm its installation.


Now, it's time to download the mods from the Curseforge: reach this link for The Aether or this other link for The Aether II and press on the tab Fillet. Reach, therefore, the section Recent files, scrolling the screen, click on the latest version available and press the button Download, in order to pick up the file .JAR of the mod.

Arrived at this point, through File Explorer, reach the path C: Users [name] AppDataRoaming.minecraft and move the file .JAR related to the mod you previously downloaded. To avoid stability problems, it is important to choose one of the two mods, The Aether or The Aether II, to be installed: do not use them at the same time.

How to build the portal to heaven in Minecraft

Now that you have installed the mod The Aether o The Aether II, it's time to see how to fabricate the portal that will give you access to the dimension of heaven. After creating a new world, all you have to do is follow the instructions you will find in the next paragraphs. 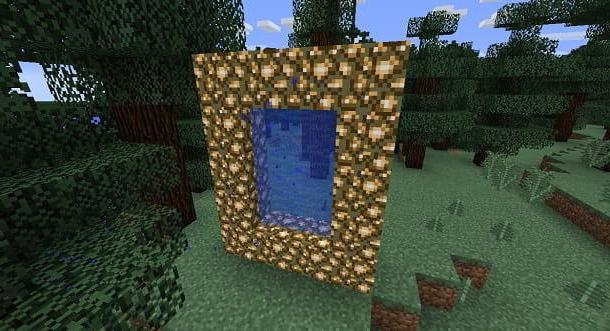 If you have decided to use the mod The Aether to visit heaven in Minecraft, to access this dimension, you will need to build a special portal. The latter can be easily crafted thanks to the use of items that are easy to find in the game world.

First, you need some Luminite powder: you can find this object in the Nether, destroying the blocks of Brightness you find. Don't know how to get to the Nether? Then I recommend reading this guide of mine dedicated to the subject. Alternatively, you can collect the Luminite powder either by defeating witches or by buying it, in exchange for emeralds, from NPCs you find in villages.

Now, using a bucket full of water, interact on the internal area of ​​the portal, to activate it. All you have to do, at this point, is to cross it, in order to be teleported to heaven! Be careful not to fall: you will automatically be teleported to the original world of Minecraft and your avatar will land on the ground thanks to the parachute. 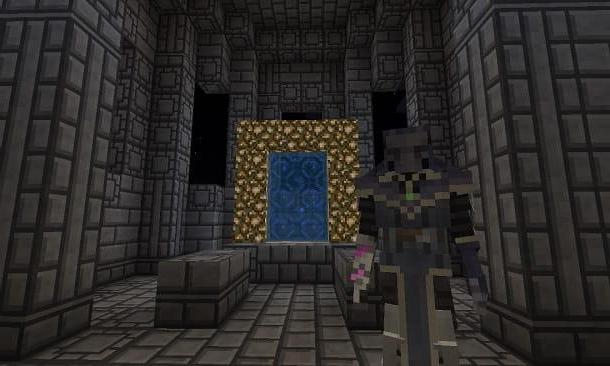 If you want to play the mod The Aether II, the procedure you must follow is very different from the one illustrated above.

First, you need to get some stone blocks, which you can easily find by digging the soil, and gods Iron ingots. The latter can be crafted in a furnace by inserting gods blocks of raw iron, also easily recoverable by digging underground.

When you have collected 4 units of Stone blocks e 4 units of Iron Ingots, what you need to do is put them in a workbench, to get the item Aether Portal. Next, all you have to do is equip this item, place it on the ground, and interact on it, so that you can be teleported to a midway zone of paradise.

Alternatively, you can perform the same procedure that I indicated in the previous chapter on The Aether mod to build a portal, using instead of the Luminite blocks, those of Quartz (a material obtainable in the Nether).

The area where you will find yourself is represented by a tall castle suspended in the void: reach the top, talk to the NPC and access the portal behind him to finally reach heaven.

How to make the portal to heaven in Minecraft