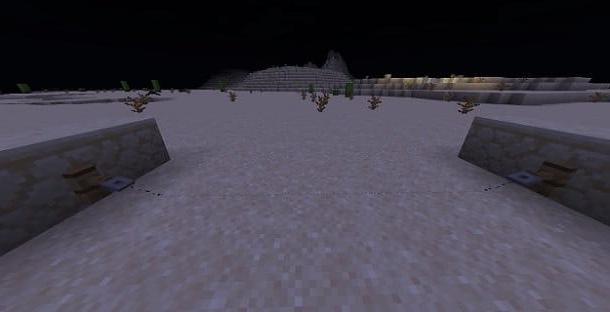 If you were wondering how to make quicksand in minecraft, I start by telling you that, at least at the moment, there is no real block used for the function.

In any case, do not worry, because there is a very simple method, working on all versions of Minecraft, which can allow you to achieve the same goal. This consists of using the Sand, one of the few gravity-prone blocks in the game, and some simple ploy to get the quicksand system to work.

Thanks to quicksand, you can create secret passages or deadly traps that, if built in the right way, will be invisible to the eye of any players who find them along their path. But no more chatter and let's take action! 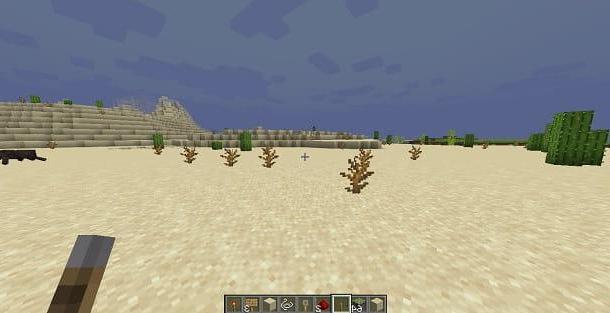 To build quicksand, you need a few items that are essential to the normal functioning of the structure.

First, of course, you need the sand. The reason why this block is used is not only related to the name of the quicksand, but also to the fact that, as already mentioned, this is subject to the gravity of Minecraft. The other blocks that have the same characteristics and which, therefore, you could use to create quicksand, are the gravel concrete dust (of any color) and the INFO (the latter only in the Bedrock Edition).

Next, you will need the materials used to create the circuit, namely the redstone dust, a switch of your choice between pressure platforms e the hooks for tripping wire e 1 sticky piston. If you don't know how to build the latter, I refer you to my special guide where I explain how to make a sticky piston in Minecraft.


Finally, you will need several signs e cobwebs, which will increase according to the size of the trap area. The latter cannot be created through crafting, but can only be collected with shears. In any case, the cobwebs are not strictly necessary for the realization of efficient quicksand, but they are the element that will give the effect of slowed descent to the entities that fall into the trap, so it is up to you to decide whether to use them or not. 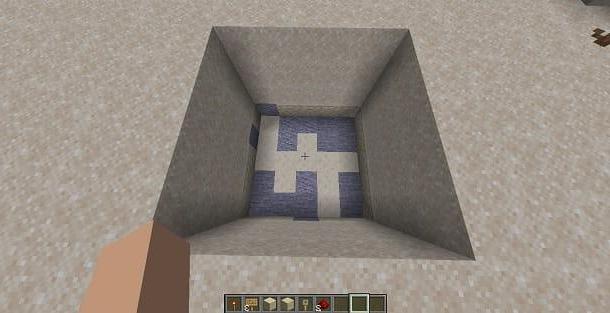 Before proceeding with making quicksand, make sure you find a spot where you can hide the switches well. For example, the strings of the tripping wire hooks blend well in light blocks, such as sand or gravel, while the pressure plates can be safely placed on blocks made of the same material. Also, choosing a dark spot can help enormously with your intent.

When you have decided where to build the quicksand, dig a hole of the size you want and one that is at least deep 3 blocks. There is no need to create a trap that is too large if it is to be placed in front of an entrance, while you might consider making a larger one if you want to use it as a protective fence for a certain area. 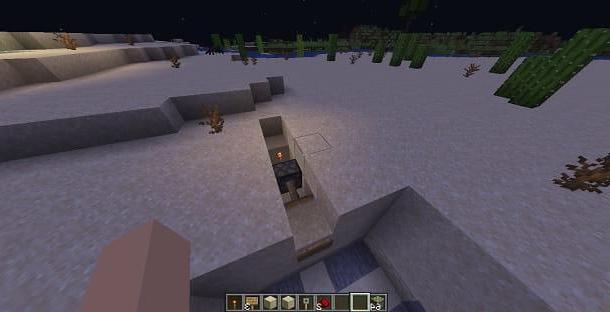 Then, starting from 3 blocks away on the one hand at will of the hole, dig for 2 blocks e pony 1 sticky piston facing the trap, so that it sticks to the block in front of it. Likewise, dig 1 block behind the piston and square 1 redstone torch on the block immediately behind, so that it faces the piston and gives it energy. 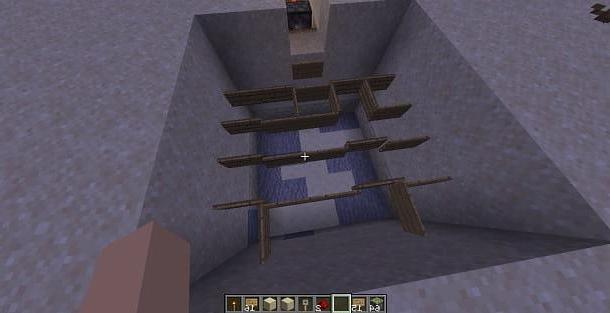 Continue placing 1 sign on the block that is glued to the piston, precisely on the opposite side of the latter and places others signs in the space you dug for the trap. Make sure that all the signs are placed on each other and not on the walls: the idea is to ensure that once the trap is activated, all these are destroyed by the piston which, retracting, will cause the original sign to fall and consequently all the other cartels that used it as support. 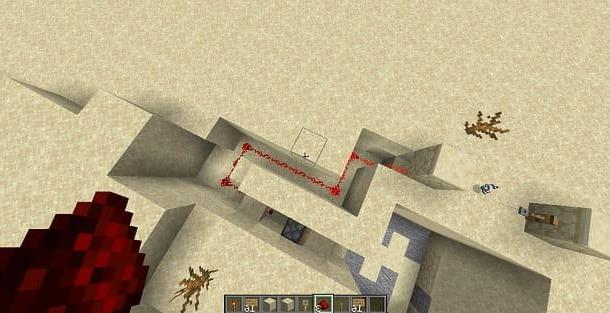 When you have completed the redstone path, cover the circuit with a matter of your choice, being careful not to intercept the redstone and, consequently, tamper with the correct functioning of it.

After completing the circuit, proceed by placing some cobwebs into the trap hole, starting at least from 3 blocks deep and going to fill all the available space at that height. 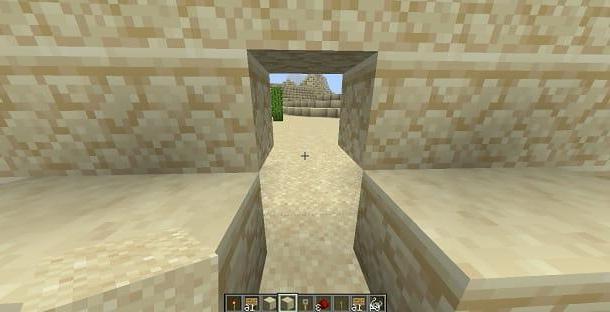 If everything is ready, all you have to do is place the sand above the signs you placed just now, so as to cover the whole trap and make it invisible and camouflaged with the environment.

At this point the game is done: any monster or player who passes over the switch will inevitably end up falling into the quicksand, making it impossible for him to escape from his fate, depending on what you have placed under the trap. Keep in mind that whenever this is triggered, you will need to re-place the signs and blocks above them, as these will, of course, be destroyed when the quicksand becomes operational.

How to make quicksand in Minecraft with mods 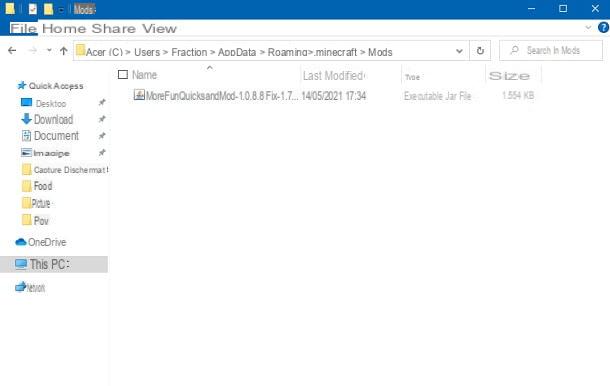 If you are looking for a real method to create authentic quicksand, then surely you are wondering how to make quicksand in minecraft with mods. There are, in fact, special mods that add new objects and blocks to the game, including, in fact, quicksand.

In case you are not aware of it, I warn you that the mods are only compatible with the Java Edition of Minecraft, which is only available on PC. This means that you will not be able to use them if you own the Bedrock Edition version of the game.

Also, to make the mods work you need software outside the game, that is Forge. If you don't know how to get it, I invite you to consult my guide about it, where I explain how to install Minecraft Forge.

Before continuing, I urge you to be careful when downloading this type of content, as there is a risk of stumbling upon deceptive sites or downloads that could compromise your computer or data. Therefore, I strongly recommend that you make sure that the sites you visit are trustworthy.

The mod I recommend you use is the More Fun Quicksand, which is among the most complete among those of this kind. You can download it by visiting the official page of the mod and pressing the button Download.

When you have finished the download, you need to move the file you downloaded into the Minecraft game folder. To do this, press the key combination Win + R to call up the menu Run, type the command % Appdata% in the box that appeared on the screen and confirm.

At this point, all you have to do is get to the folder .minecraft > mods and drag the file you just downloaded into it.

In case you are using a Mac, the mods folder is ~ / Library / Application Support / minecraft / mods. If you're having trouble finding the folders just mentioned, you might want to try turning on the hidden folder view. 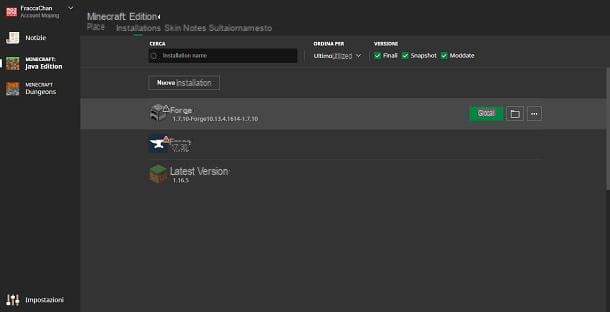 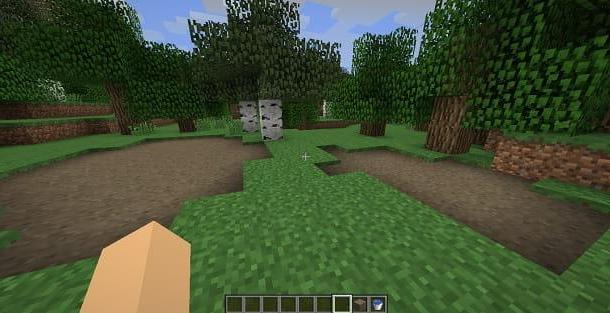 Now that the mod has started, press on the button Single player and then on the button Create a new world, to start playing. I do not recommend using mods in previously created worlds, as these may not perform at their best or, in the worst case, damage your world files.

The game is done! Now that you are inside the world with the quicksand mod, you just have to explore it. This mod offers dozens of different types of quicksand, which are generated in a large part of the classic biomes present in Minecraft, so you will not have difficulty finding them in the first few minutes of the game.

In addition, the mod not only adds quicksand but also other elements, such as various types of sticky blocks and liquids, some weapons and some armor. In short, the fun with this mod is guaranteed!

add a comment from How to make quicksand in Minecraft