How to make a secret door in Minecraft 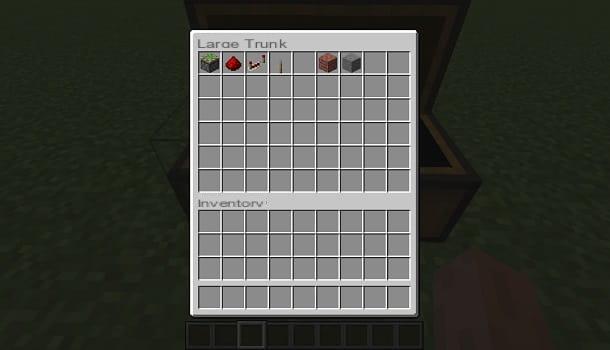 Before we start talking to you about how to make a secret door in minecraft, it is important to tell you what materials you need to get in order to be able to carry out this project of yours.

First, you will need gods Sticky Pistons, joining 1 unit of Slime Ball e 1 unit of Piston inside a workbench. There Slime ball you can get it by defeating the Slime, of the creatures that live mainly near the swamps.

As regards the Pistoninstead, you'll need to craft it in a workbench, using 3 units of Wooden Planks, 2 units of Crushed Stone, 1 unit of Iron Bar e 1 unit of Redstone Dust. Wooden boards you can get them from the processing of Logs of Wood, while the Crushed stone it is obtained by simply breaking the stone with a pickaxe.

As regards the Iron ingots, you can get this resource by using iron in a furnace. There Redstone dustinstead, you can get it by working i Redstone blocks, to be collected with a pickaxe in the subsoil.


Finally, you will need one Leva, necessary to activate the opening and closing mechanism of the secret door. In this regard, you will have to put together, in a workbench, 1 units of Staff e 1 units of Crushed Stone.

In summary, to put into practice the procedures that I will show you in the next chapter, you will need them 1 unit of Leverage, 3 units of Redstone Repeaters, 6 units of Sticky Pistons, At least 20 unit of Redstone Dust and, finally, 2 blocks which reflect the same material as the walls of the room, to conceal the door. You will also need several other blocks of any material, as they will only be used to make connections in Redstone.


How to build a secret door in Minecraft 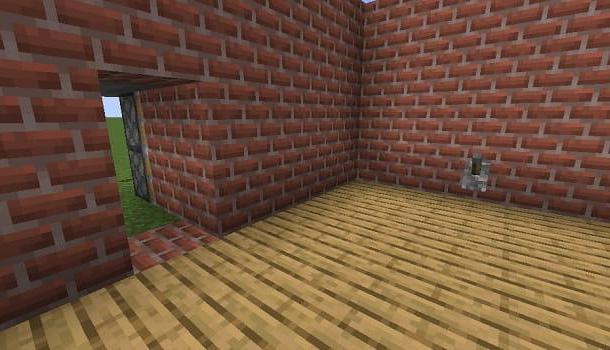 Now that you have all the resources for build a secret door on minecraft, it's time to get to work. All you have to do is follow the procedures that I will indicate in the next paragraphs step by step, so as to be sure not to make mistakes.

First, make the entrance to the secret room by removing 2 blocks from the wall vertically. Once this is done, place the i Sticky Pistons, placing 4 units at a distance of 1 block of space from the entrance and the other 2 units next to the latter.

I recommend that you position the Sticky Pistons with the faces facing the right way: the first four pistons must be positioned perpendicular to the entrance, while the other two must face the latter. 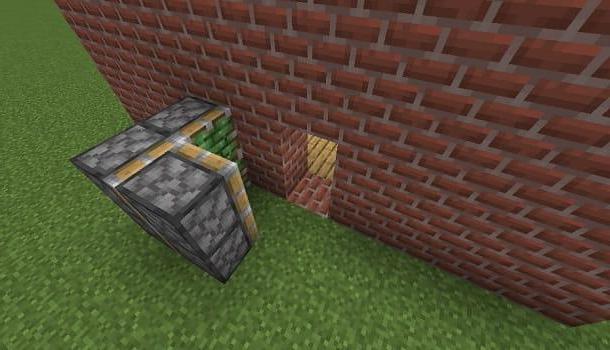 Once this is done, place three blocks of any material behind the four pistons and then add three more to follow. Just behind the pistons, on the newly placed blocks, added two Redstone repeaters, taking care to set them with the maximum delay. 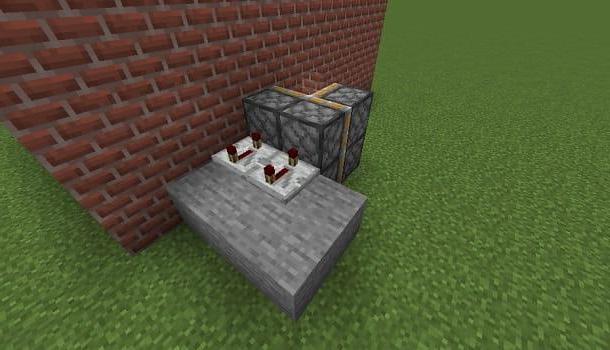 Now, next to the repeaters, add a block and then build a line made up of three more blocks, on the upper level. At this point, using two other blocks, continue the line perpendicularly, connecting it to the wall. 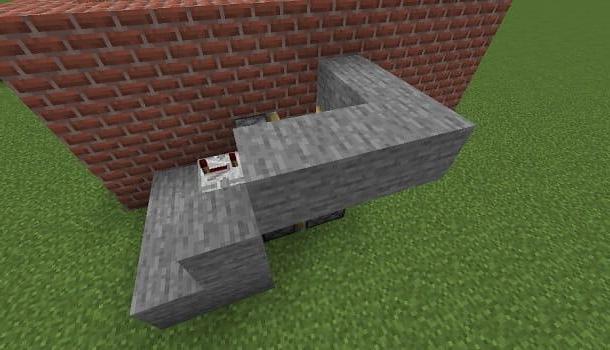 After following the steps that I have indicated to you, it is time to make the connection with the Redstone dust. Therefore, along the other perpendicular part, find the block on which to place the Leva which will operate the door mechanism and, on the opposite side, place the redstone. Draw a line until you reach the blocks on which the repeaters are placed and connect them. Along this path, enter the last one as well Redstone repeater, also setting it to the maximum delay. 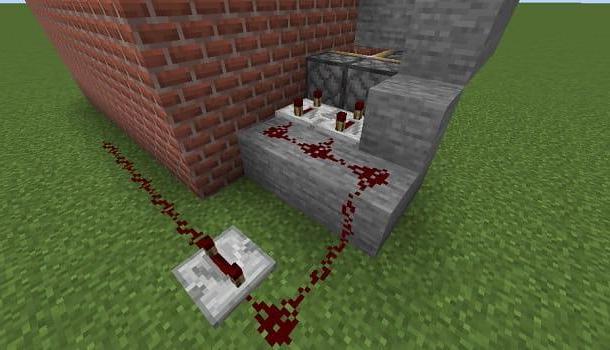 At this point, continue the link in redstone, climbing along the previously built block structure and draw a line behind the pistons as well. You will need to make sure that this line ends right next to the pistons with the face facing the entrance. 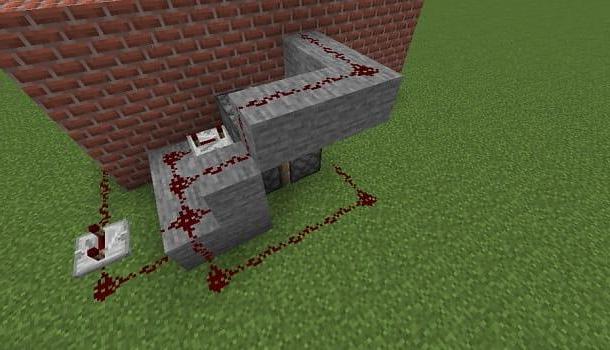 Now, you just have to close the opening on the wall again with the same blocks that the wall is made of. By activating the lever, the mechanism will be in the closed position: as soon as you interact on the lever again, the pistons will pull the blocks that obstruct the entrance to themselves, hiding them and allowing you access. It wasn't difficult, was it?

How to make a secret door in Minecraft