How to make a gaming station in Minecraft 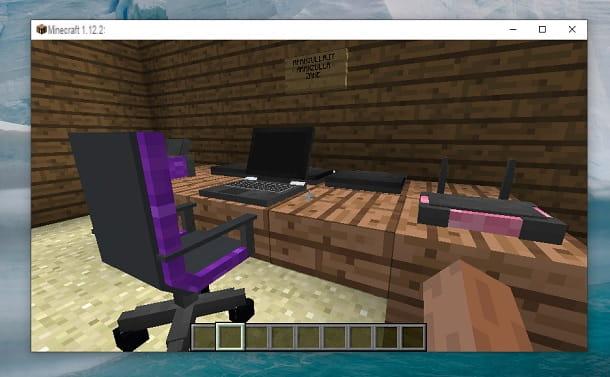 Prima di enter the dettaglio della procedura su how to make a gaming station in Minecraft, I think it might interest you to know more about this possibility.

Well, Minecraft includes quite a few items within its base inventory, but sadly it lacks some technological devices. For example, the computer monitor it is not available in the base objects.

However, as you well know, Mojang's title relies heavily on fantasy of the players and then the community was able to find gods ingenious methods to solve this "inconvenience", without even having to use mods (there is also that type of solution, but I will talk about it later in the guide).

Put simply, they are combined one shield it's one black banner, turning them so that they look like a monitor. Obviously, the latter will not work, but I can assure you that it will make a lot of scene and will be particularly useful for yours gaming station on Minecraft. 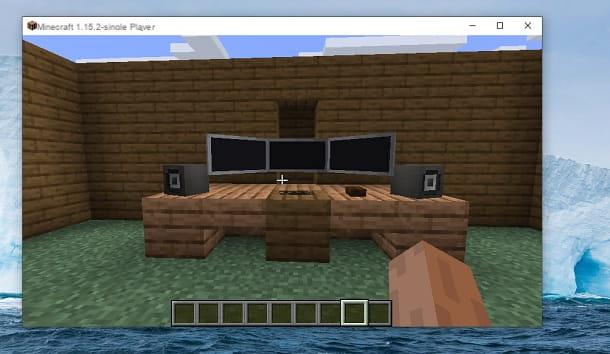 For the rest, the materials you need are not very difficult to find, but I recommend that you follow this guide in mode Creative, in order to familiarize yourself with the procedure and have an overview that will allow you not to make mistakes.

How to create a gaming station in Minecraft 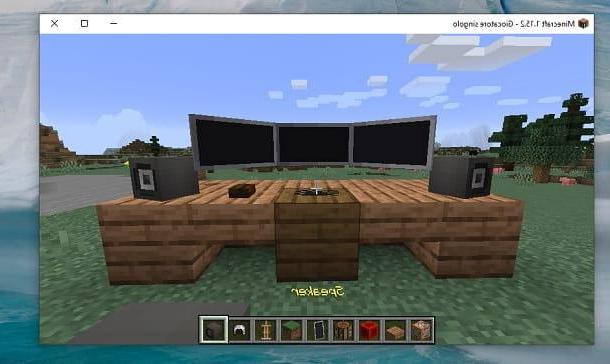 After explaining the possibilities offered by Minecraft to build a gaming station, I would say that you are ready to build this structure.

At this point, your character needs to be looking towards West (west in English) while building. This is necessary for correct rotation of the elements that you are going to place. Access, therefore, to the debug screen (is. tasto F3 su PC) and make sure that it says, on the left, Facing west. Then remember to disable the debug screen.

Next, take some jungle slabs and build a small table, in order to have an initial position. 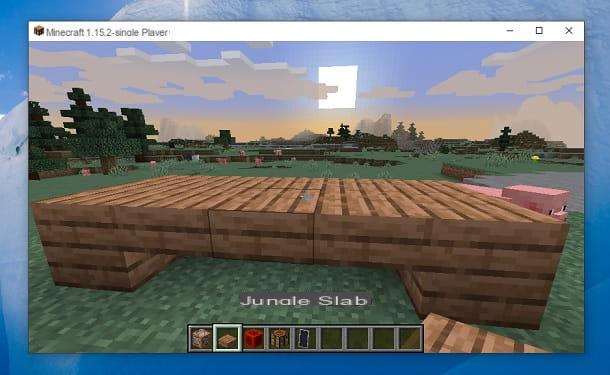 You can also copy and paste them with Ctrl + C e Ctrl + V to do first. Do not leave trailing white spaces. Remember to press on Done in each block, to save the changes. 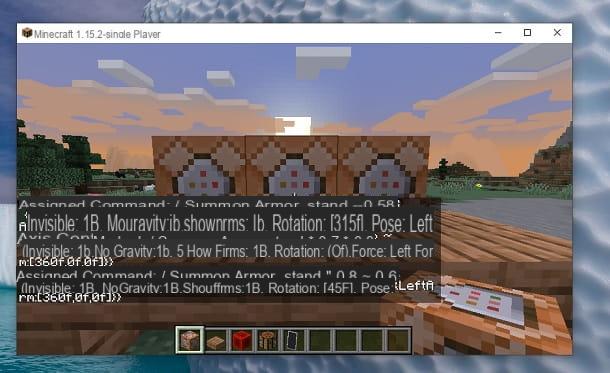 At what point, position 3 blocks of redstone in front of the command blocks. If everything is correct, the game should inform you that gods have been created supports for armor. Don't worry if you don't see them, they are invisible just to make the structure more beautiful. 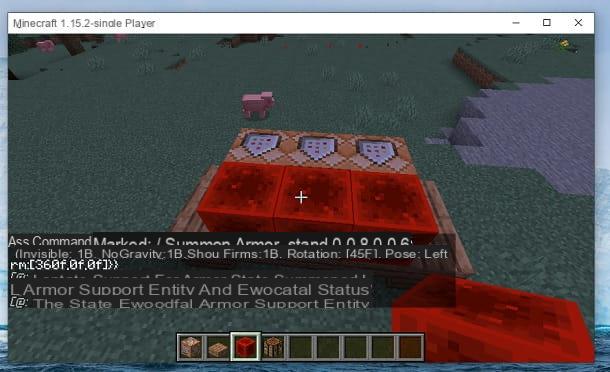 Destroy, therefore, both i redstone blocks than those of commands. 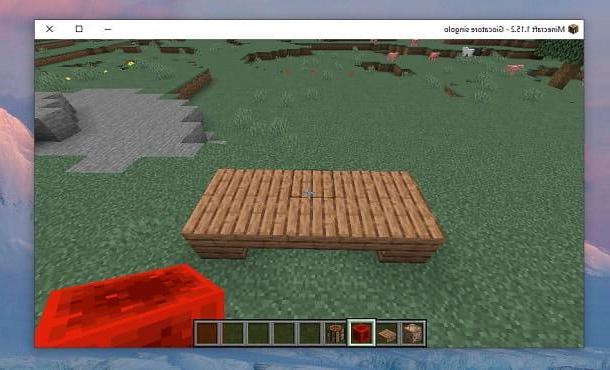 Next, place a bank gives lavoro on the ground and enter one shield it's one black banner bottom right, in order to create and inventory one black shield. Perfect, the latter will be yours monitor, as it looks a lot like us, when positioned correctly. 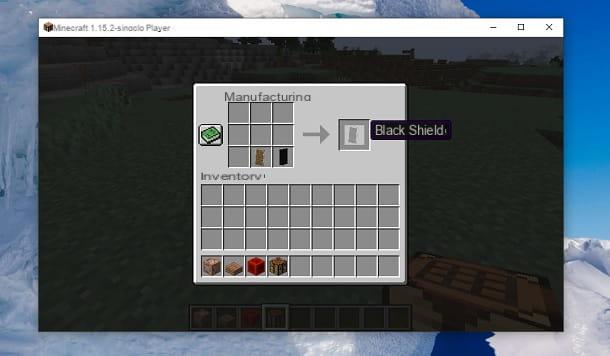 Now, you just have to place 3 black shields on each invisible armor support. Don't worry if you can't "catch" them the first time, try again without breaking anything until you have a configuration to triplo monitor. 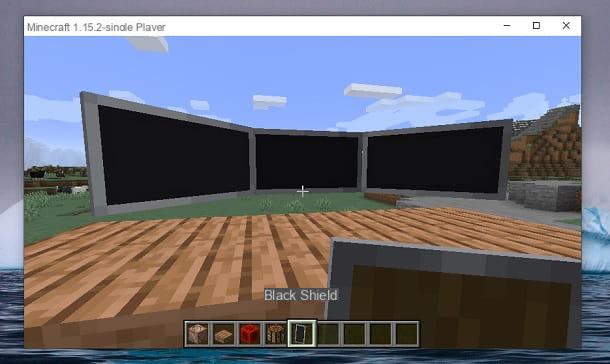 At this point, take a dark oak button and place it on the right, so that you have a mouse. 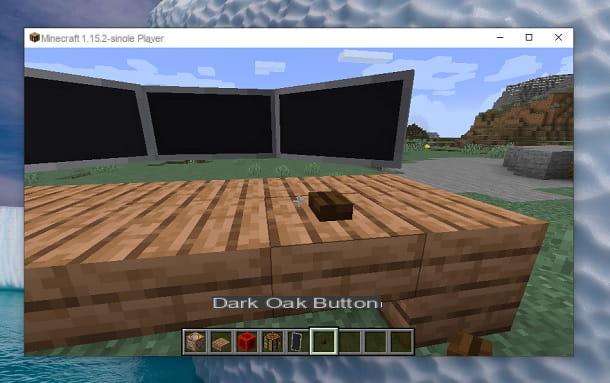 Already so the station is nice to look at, but of course you might want one keyboard. Well, in this case, that's enough for you break the central plate, do a hole and place a armor stand, placing a mesh helmet above it. 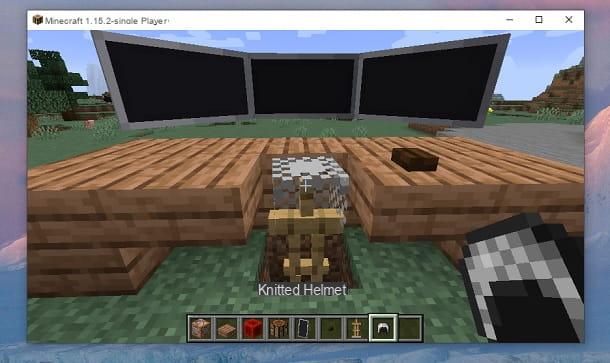 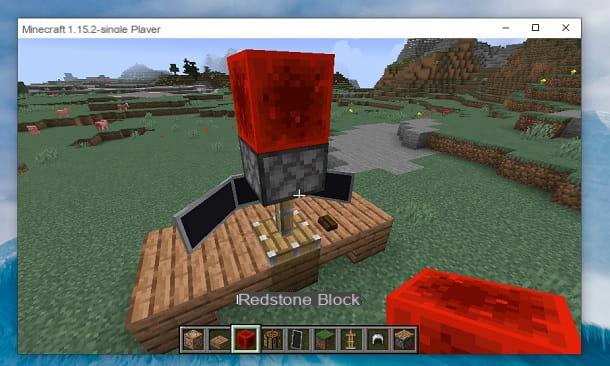 Perfect, now you have it keyboard and the color difference between the fir plank blocks and the jungle slabs also ensures a bit of a pop to that area. 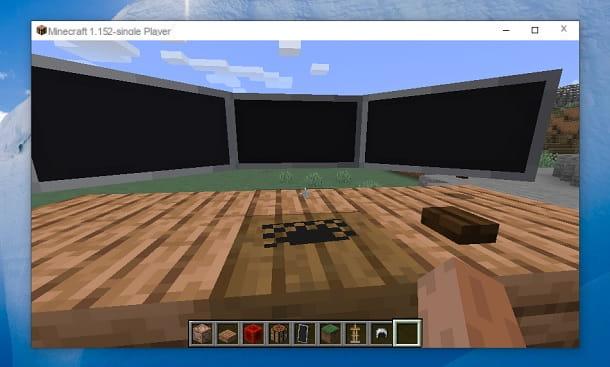 In case you want to add some breakage, it is possible to generate a cash-shaped head to be placed on the desk. To do this, just open the chat (is. tasto T su PC) and use the command /give @p minecraft:player_head{display:{Name:”{“text”:”Speaker”}”},SkullOwner:”ThePearlyBum2″}.

In this way, the house will be generated directly in the hands of your character. All you have to do is place one on the right and one on the left and that's it.

Great, now there gaming station it is essentially ready. You could, of course, think of embellishing it by making gods wall around it, or contextualizing it in a room of one casa, depending on your preferences.

Also, you might be interested in making one chair to add to the station. In that case, I invite you to consult my tutorial on how to make a chair in Minecraft, where I also explained how to make one for gaming.

Mod to add a gaming station to Minecraft

How do you say? Does the use of only the elements present by default within the game not satisfy you and would you like a more advanced station? No problem, for your goal there is MrCrayfish’s Device Mod, which adds interesting technological devices directly to the Minecraft inventory.

The mod is compatible with theJava edition for PC of the game and, in particular, with the version 1.12.2, which is also one of the most popular among lovers of personalized content.

To proceed, you need to connect to the CurseForge website and press the button Download present on the right. After that, move / copy the file device-mod- [version] .jar obtained in the Minecraft mod folder: su Windows, il percorso da I will follow è C: Users [nome utente] AppDataRoaming.minecraftmodswhile on MacOS è ~ / Library / Application Support / minecraft / mods.

At this point, you need to configure the profile Forge, which allows you to install and manage mods in Minecraft. I remind you that, in this case, the supported version is the 1.12.2. If you don't have the latter, I suggest you take a look at my guide on how to change Minecraft version.

In any case, to download Forge, you simply need to connect to its official website, click on the link for the version 1.12.2 and press Installer (you may have to skip some ads). Once that's done, launch the forge- [version] -installer.jar file obtained, select the item Install Client I awarded her OK. Perfect, now everything is ready to use MrCrayfish's Device Mod.

Open, therefore, the Minecraft launcher, premi sull 'icona della freccia verse il basso present on the left, next to the button PLAYS, select the profile Forge and start a game in mode Creative.

At this point, quickly build a table using oak slabs, in order to have the "base" for your gaming station. 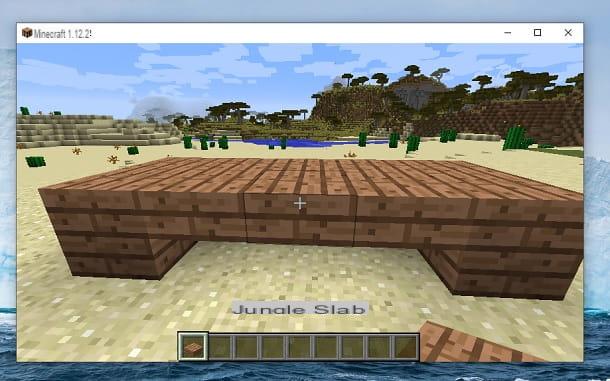 After that, press the button E on the keyboard, click the freccia verse destra present in high and selects l 'laptop icon. You will see all the technological devices added by the mod, come on laptop ai router, Via printers, USB sticks and so on. There is also no shortage of chairs: in short, there is everything to create a gaming station. Just place the objects you like best on the table. 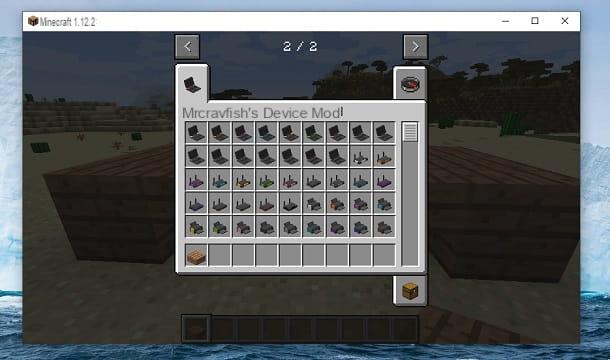 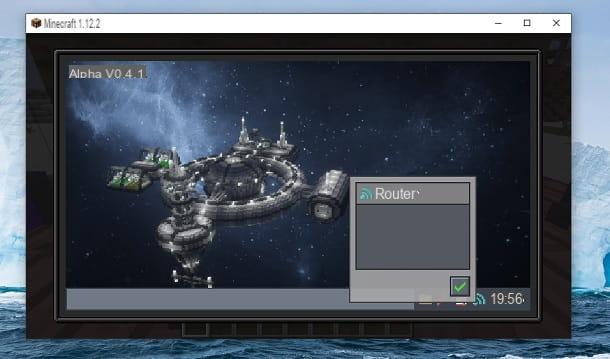 Perfect, now you have all the information to build one gaming station done properly in Minecraft. Clearly, you can indulge yourself and create the structures that suit you best, perhaps by combining the elements of the mod and those present by default within the game. 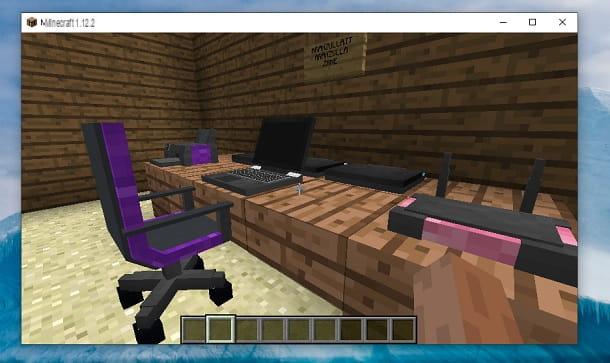 Since you are interested in the title of Mojang, I suggest you take a look at the page of my site dedicated to Minecraft, where you can find many tutorials that could be for you.

How to make a gaming station in Minecraft