How to make a chicken farm in Minecraft 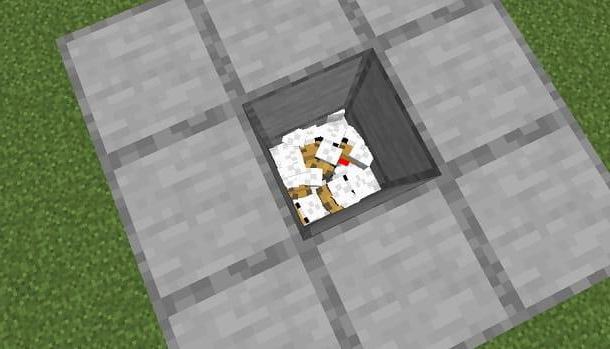 Before starting to see together how to make a chicken farm in minecraft, it is necessary to make some premises that you will need to understand the whole mechanism.

First, you need to know that the directions you will find below are valid for any edition of Minecraft, either Java and Bedrock Edition, and which have been tested on the version 1.16.x. I would like to clarify this because with subsequent updates the method indicated may no longer be functional or functional to your goal and, therefore, a probably different approach may be required.

As for the mechanism that I will illustrate in the next chapter, you must consider that its operation is based on inserting a large amount of chicken eggs in the machine so that the system will use them (there is about 12,5% ​​chance of getting a chick from an egg).

At that point, it will be necessary to wait for the chicks to become adults (about 20 minutes) and to start producing eggs spontaneously (between 5 and 10 minutes). The spawned eggs will be collected by the machine, which will break them and generate other chicks, but allocated in a different area. Finally, these will be automatically slaughtered in order to generate meat, which will be collected inside a trunk.

Having said that, let's see in the next chapter how to proceed with the construction of this machine. Just remember that in order to make the system efficient, you will need to initially procure at least a hundred eggs, which can be obtained from hens.

How to make an automatic chicken farm in Minecraft 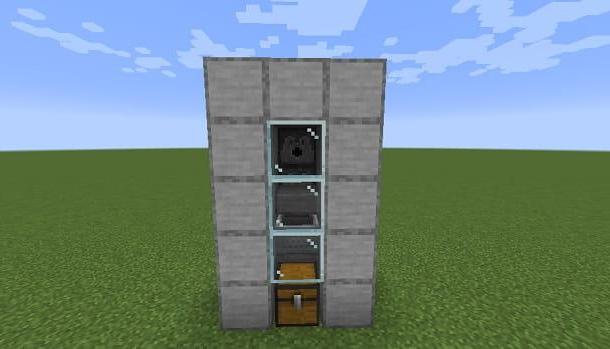 Now that you have an idea of ​​what the whole mechanism will be like, let's see how to make an automatic chicken farm in minecraft.

For this project you will need: a Baule, a Hopper, an Mine cart with Hopper, the Glass, stone blocks, a Stone slab, an Distributor, an Observerand Redstone dust, an Redstone comparator it's a Lava bucket. 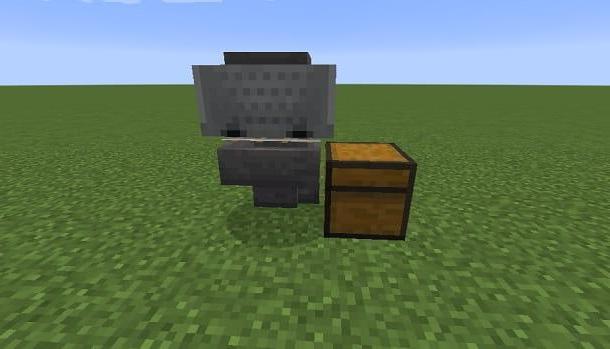 First, place a Baule on the ground and fixes, in its rear part, a Hopper facing the trunk itself. Now, on top of the hopper, place a binary and on it he places a Mine cart with hopper. 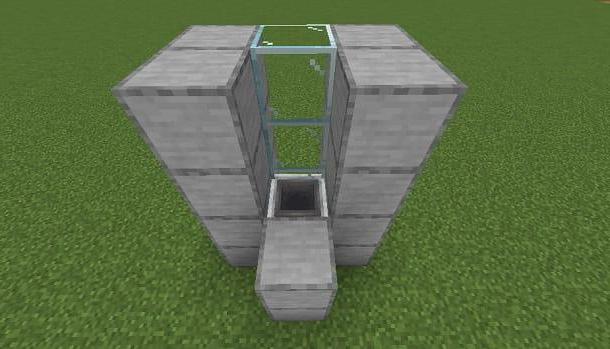 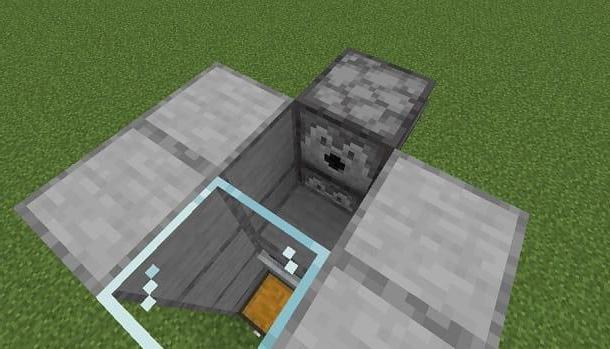 After that, add 2 units of Distributors facing the glass and, on top of the trolley with hopper, add 1 unit of Stone slab. Behind the lowest dispenser, place one Hopper facing the latter. 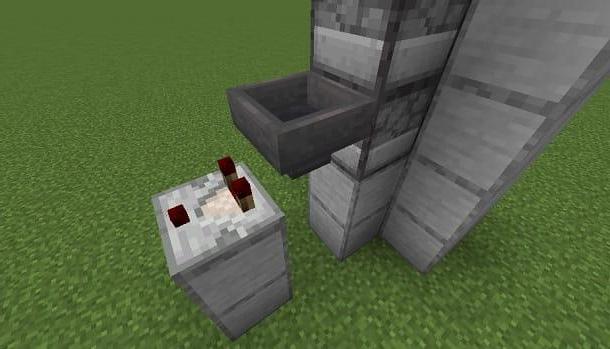 Now is the time to create the mechanism that will automate production. First, leave a block of space behind the machine and place 2 stone blocks vertically. On the latter, add a Redstone comparator. 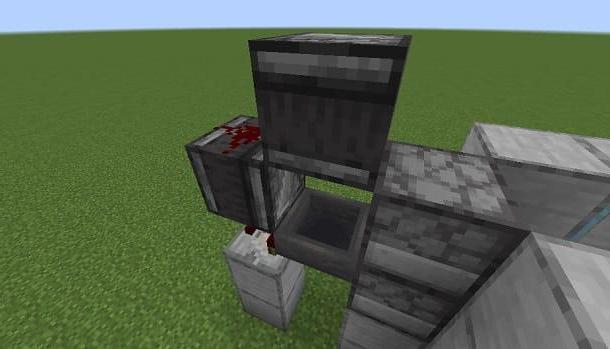 On top of this last object, place a Observer, so that it faces the comparator. Add on the latter 1 unit of Redstone Dust. Keeping a block of space between the previously installed observer and distributor, place a Observer one block higher: it must face the redstone dust. 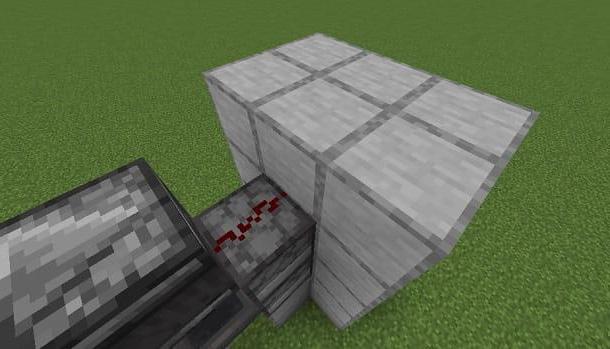 At this point, put 1 unit of Redstone Dust and create a 3 × 2 base above the main structure, in order to close the machine at the top. Between the two distributors installed, on the top one, add a Lava bucket. 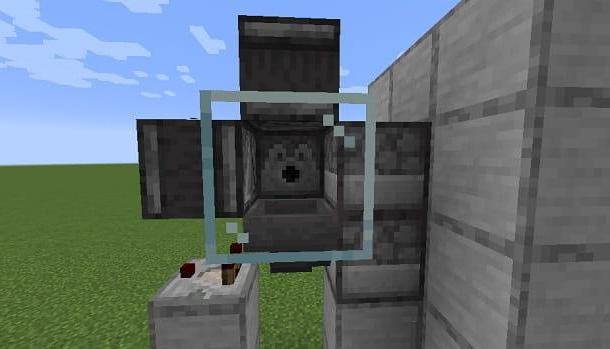 Finally, in the newly created mechanism, at the hopper, add 1 unit of Glass from a high and a Dispenser on the other, facing the hopper. Finally install one Leva on the dispenser or next to it 2 units of Observers facing themselves.

Now the mechanism is simple: place the newly installed dispenser in the latter eggs and press the leads many times (procedure that you do not have to perform if the observers are present), in order to throw the eggs into the compartment. With breaking, you have a chance to get chickens which, when grown, will spawn some eggs and, in turn, will be transported to the other section to get chicks for slaughter.

How to make a chicken farm in Minecraft