How to make a beacon in Minecraft

How to create a beacon in Minecraft 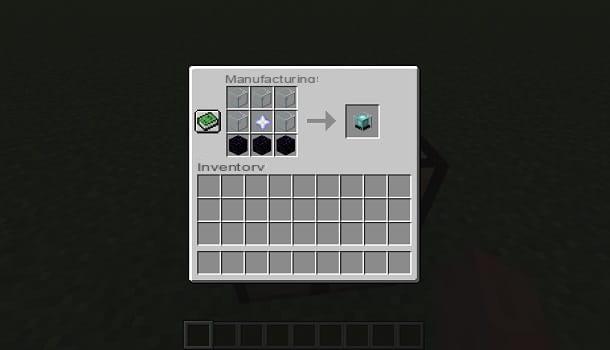 If you want to know how to create a beacon on minecraft, before explaining in detail how to proceed, it is important to explain exactly what you are about to accomplish. A beacon, also referred to as “faro” in the cittàn version of the game, it allows you to emit a ray of light that, starting from its base, reaches the sky.

By placing the avatar within range of the lighthouse, it will get temporary bonuses: increase in movement speed and in that of excavation, greater resistance e body-to-body physical damage, as well as an improvement in jumping ability. In addition, it is also possible to obtain an increase in regeneration of health points.

It should be noted that a beacon cannot simply be placed on the ground to function: in that case, it will emit only a faint glow on the surrounding blocks. To take full advantage of it and unlock the features just described, you need to build a special pyramid structure formed by iron blocks, gold, Emerald, Diamond o netherite.

First of all, however, we need to build the beacon: to succeed in this intent, you will have to place in a workbench 5 unit of Glass, 3 units of Obsidian e 1 unit of Nether Star. The glass you can get it by working the sand in a furnace: I told you about it in detail in this guide of mine.

As far as the 'obsidian, you can get it by pouring a bucket of water over lava and then using a pickaxe on the obsidian blocks that are spawned. There Stella of the Nether is an asset that you can ultimately obtain by defeating the Wither.

How to build a beacon in Minecraft 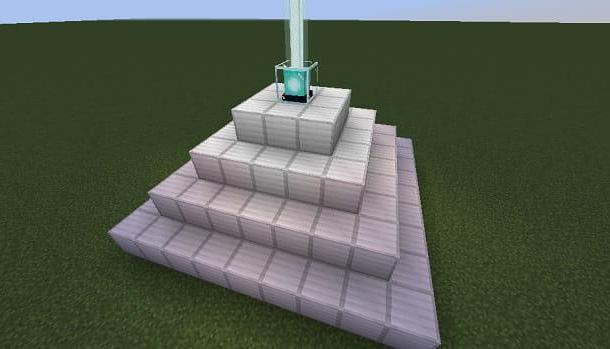 Now that you have made a beacon, let's see how to build a structure that allows you to activate this object, in order to emit the effects it is equipped with. First I have to explain to you how the pyramid, which I mentioned in the previous chapter.

The beacon has an interface through which it is possible to access four bonus levels. Each level is accessible if you build a pyramid of an even number of steps. Let me explain well: for example, if you want to activate a level 4 bonus of the beacon, you have to build a pyramid four steps high; if you want to activate only the first level bonus, just create a pyramid with only one step, and so on for all other bonus levels.

I remind you that a beacon can only activate one bonus at a time: in case you want to activate all the available bonuses at the same time, you will need to add more beacons to the top of the pyramid. This means that the shape of the pyramid will be slightly different from one you would build if you only wanted to place a beacon. Let's go in order for greater clarity.

The pyramid that houses only one beacon at the top will have to be built with a base 9 × 9, to activate up to the fourth power-up. The upper steps must have a base 7 × 7, 5 × 5 and, finally, 3 × 3. Exactly in the center of this latter platform, you will need to place the beacon.

By interacting with the latter, you can activate only one bonus, to be chosen from all those available, if you have made a pyramid with a 9 × 9 base. Smaller pyramids, will allow you to access the respective unlocked bonuses, excluding the possibility of activating those reserved for the larger pyramids.

If you want, instead, to activate all the bonuses available in the beacon, you will have to necessarily build a pyramid with a base 10 × 11. The upper levels will have to consist of platforms 8 × 9, 6 × 7 and, finally, 4 × 5. Right on the latter, in the 6 central blocks, you will have to position 6 Beacon units. Later, by interacting on each of the installed beacons, you can activate all six available bonuses.

Regardless of the type of pyramid built, know that, as I have already mentioned, it is important that the structure is made up of blocks of specific materials: the ones you can use are the iron,gold, Diamond, the Emerald and netherite. All these resources are easily recoverable underground, obtainable from the respective mineral veins. There netherite it is, on the other hand, obtainable from Ancient debris which you can find in the Nether. 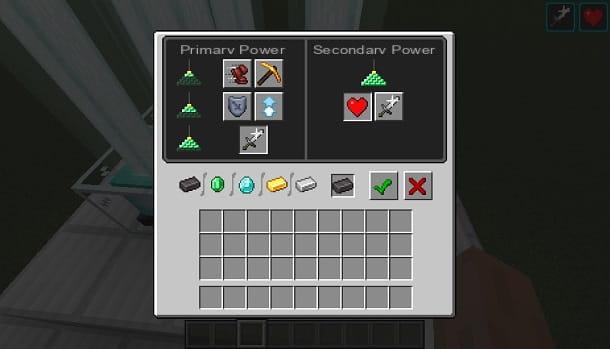 Your avatar will benefit from the bonuses generated by the beacon as long as it is within its range: a level 4 pyramid extends its effect up to 50 blocks away. Each level of a pyramid adds 10 blocks to the range of influence. Therefore, a level 1 pyramid has a range of only 20 blocks away - keep that in mind.

How to make a beacon in Minecraft

add a comment from How to make a beacon in Minecraft