How to go Creative in Minecraft 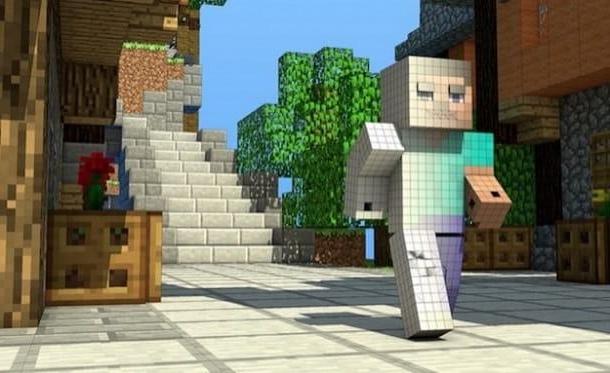 Prima di enter the dettaglio della procedura su how to go Creative in Minecraft, I think it might interest you to learn more about this mode and find out how it differs from the others in the Mojang title.

Well, the Creative mode differs from the classic Survival mode due to the fact that there is neither life nor hunger. This means that you can roam around the world of Minecraft without having to fear the hostilities generally present in it.

What is all this for? Well, to become familiar with the elements present in the game and, as can be seen from the name of the mode, a express your creativity through the latter. In fact, in Creative mode you have them available all elements of the game within the inventory, without even having to build them.

This means that it is possible to build particularly complex structures in a relatively short time, given that you don't have to go looking for the necessary materials, an operation that can sometimes take several hours of play.

If you want examples of advanced structures that can be built in Minecraft, I recommend that you take a look at my tutorials on how to build a farm in Minecraft and how to build a football field in Minecraft. Obviously, these are just a few examples, but the limit in this case is the imagination, as the objects in Mojang's title can be used in myriad combinations. 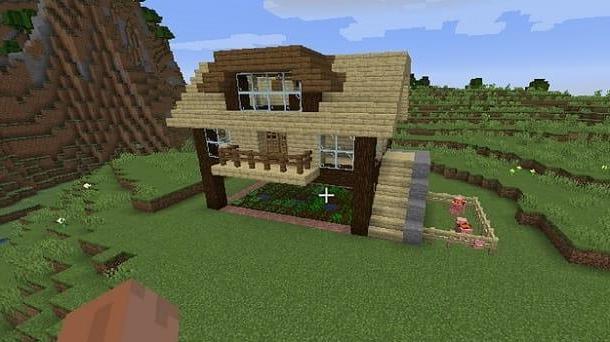 Another important aspect related to the Creative mode is the possibility to fly. In fact, the player can move quickly around the game world and reach any element present within the Minecraft map, even in height.

In short, you will surely have understood why the fans of the Mojang title appreciate and have fun in Creative mode, which among other things is also widely used to quickly access the elements introduced by the mods created by the community. This is not to mention the fact that there are many who try the construction of a complex structure first in Creative mode and only then in Survival mode, so as not to waste materials.

Finally, it must be said that, generally, a game of this type has the controls activated. This means that you can use the "tricks": another aspect much appreciated by enthusiasts. However, Creative mode is often not set by default on Minecraft and must therefore be activated manually. This is the goal of the tutorial you are about to follow.

How do you go in Creative on Minecraft

After explaining what Minecraft Creative is all about, I'd say it's time to take action and understand how to get into a game of this type. Below you will find all the relevant information for the various platforms on which the Mojang title (now owned by Microsoft) is available.

How to go Creative on Minecraft PC 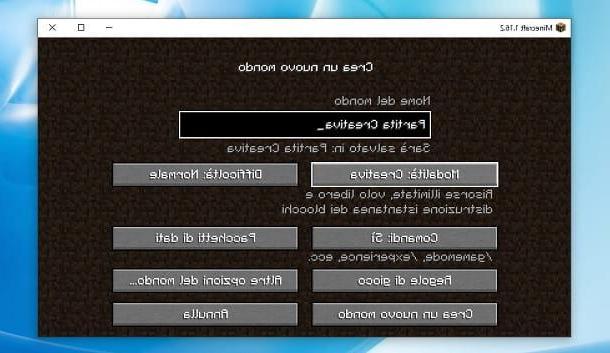 Minecraft is widely played on computers via the popular Java edition of the title. If you use it too, here's how you need to proceed.

To create a game in this mode, just start the game, click the button Single player and press the button Create a new world. At this point, choose the game name, first prize modality until the entry appears Creative and click sul pulsating Create a new world, I will continue.

This way, you will be catapulted into the world of Minecraft in Creative mode. Please note that the entries for creating a new game may differ slightly depending on the version of the game you are using, but you shouldn't have any particular problems following the directions I gave you earlier.

If, on the other hand, you already have a game started in another mode and you want to "Transform" it into Creative, you can do it in an equally simple way: that's enough enter the game in question, press the button Esc on the keyboard and click the key Open in LAN. 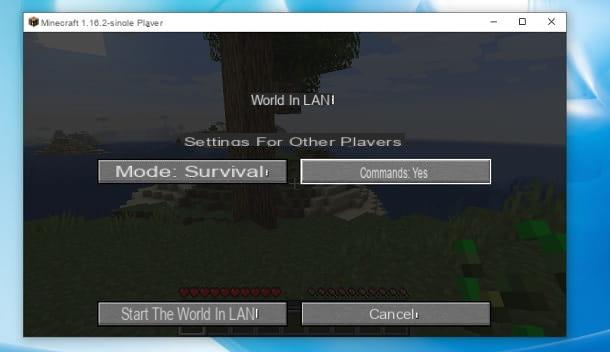 After that, set the option commands su Yes and press pulsating Start the world on LAN. This way, you will not only enable commands for other players, but also for you.

So just press the button T on the keyboard, type the command / gamemode creative and press Submit. The game will warn you that the mode has been changed successfully.

At this point, if you don't want to stay on the LAN, that's enough exit and re-enter the game. You will see that Creative mode will remain set. If this does not happen, you simply have to repeat the short procedure that I showed you earlier.

Perfect, you have successfully achieved your goal: now you know how to go into Creative mode for the Java PC edition of Minecraft.

How to go Creative on Minecraft Bedrock Edition

If you have purchased the Bedrock version of Minecraft, the procedure for accessing the Creative mode differs slightly from that of the Java edition for PC. In this chapter I will give you a practical example of how to access the aforementioned mode from mobile devices, but the steps to be taken are almost identical even on Windows 10 and video game consoles (i.e. the other platforms for which Minecraft Bedrock is available).

As for, however, the modification of a game already started in another mode, you just need to go to the main menu where all the worlds are present, press onpencil icon present on the right of the game you want to modify, change the default game mode in Creative and press the button Play.

Finally, since you like the video game developed by Mojang, I would advise you to take a look at the page of my site dedicated to Minecraft, where you can find several guides that could be for you. For example, you might be interested in taking a look at my tutorial on how to start Minecraft, in which I have explained a little bit everything there is to know about the various modes available.

How to go Creative in Minecraft

add a comment from How to go Creative in Minecraft