How to eat in Minecraft

How to find food in Minecraft 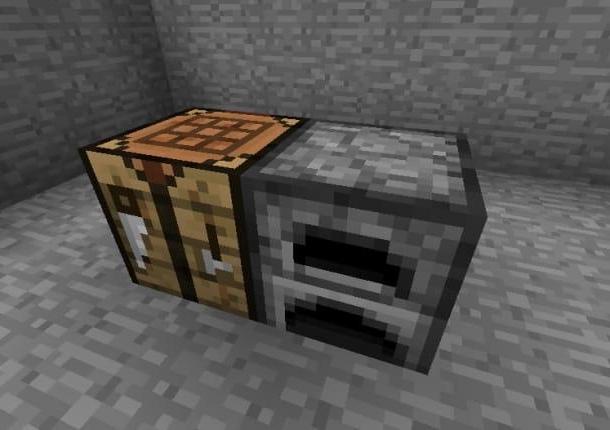 One of the first things to do when entering the Minecraft game world is to get food. This stage is important, because otherwise the points bar Fame it will start to go down, eventually causing you to lose your points Health of the avatar, if zero.

For this reason, it is important to spend some time in finding as much food as possible, to keep in stock and then dedicate yourself to other activities, such as building a shelter or exploring the game world.

First of all, you need to know that some foods in Minecraft can be eaten as soon as they are found, such as the Apple or the Carrot, or they must first be processed, via the Furnace or Work station, but that's a topic I'll tell you about in the next chapter.

Let's start with the search for the food and ingredients you will need to create more elaborate foods that cannot be eaten directly, of which you can find a list below. 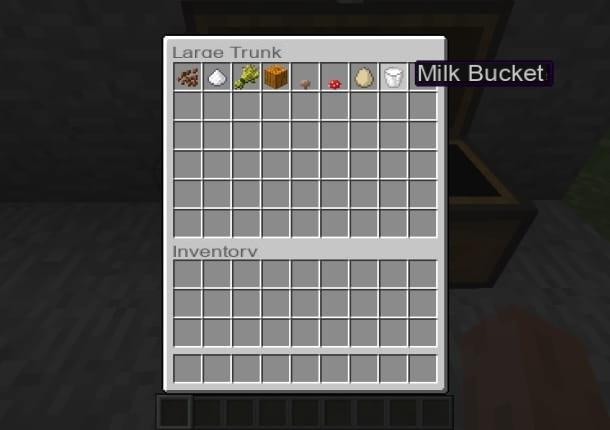 In addition to the ingredients mentioned above, there are some foods that can be eaten without the need to process them. An example is the Potato Beet, Melon and also the ones already mentioned Mele e carrots. Also the Meat it can be eaten raw, but in some cases it can cause avatar poisoning, resulting in loss of points Health.

About the Meat, this is achieved by defeating some animals that are scattered around the world of Minecraft. For example the Raw chicken is obtained from Hens, Raw apple From Cows or Raw sheep meat From Sheep.

Also Fishes, As the Cod and Salmon, can be used as food and are obtained by catching them with a Fishing pole or by defeating i Fishes or polar bears.


How to prepare food in Minecraft 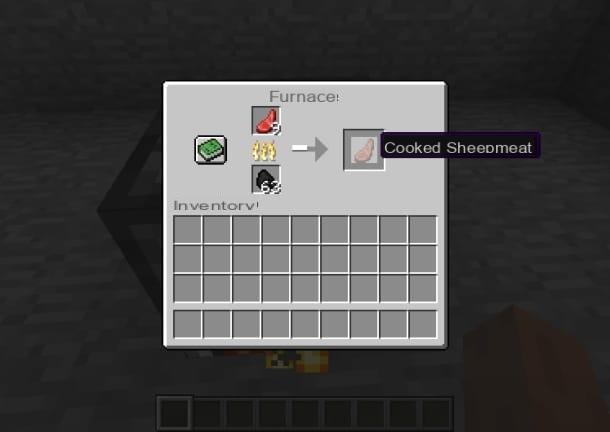 Now that you've learned about the foods you can use in Minecraft, it's time to see how to cook them. In fact, you should know that some foods, if eaten without previous cooking, can cause poisoning, such as Raw meat, or they restore only a few points Fame than when they cook. It is a good idea, therefore, to carry high-yielding foods that can be processed into Furnace or in Work station.

As for all types of meat and fish, inserting them inside a Furnace lit with fuel (Wood o Coal), are transformed into their variant Cotta. For example, the Raw chicken becomes Cooked chicken, Raw rabbit becomes Cooked Rabbit and Raw cod becomes Cod cooked. Also there Potato, if inserted into a Furnace, is transformed into one Baked potato, useful for restoring more points Health e Fame compared to the uncooked version.


As I mentioned in the previous chapter, some foods can only be used as ingredients to create more elaborate foods. In the next few lines, I will list some foods that you can create through the Work station. 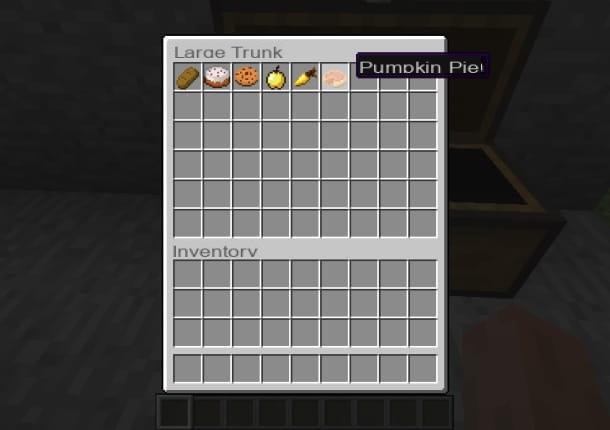 Always using a Work station, with the use of a Bowl as an "ingredient", it is possible to make soups and stews.

For example, the Beetroot soup is obtained by adding six units of Beets Mushroom soup adding a unit of Red mushroom and one of Brown mushroomwhile its Rabbit stew it is created by also inserting a Carrot, an Red mushroom, a Baked potato it's a Cooked rabbit. 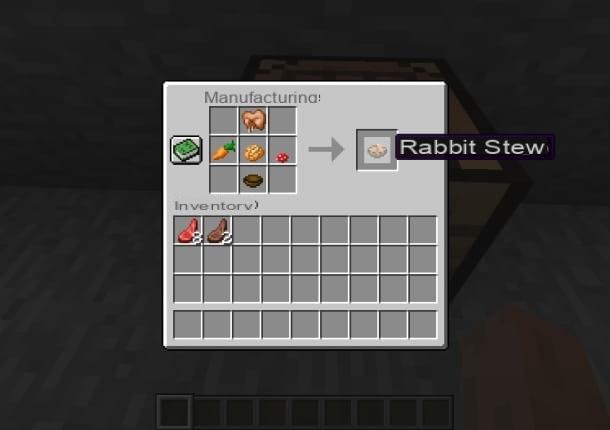 Now that you have an idea of ​​all the types of foods you can create to eat them in Minecraft, it's important to figure out which one is best to take with you on your adventures. As I have already mentioned in the previous chapters, with the passage of time, the points Fame they will begin to decrease and, for this reason, it is required to feed on a food.

Foods generally restore these points by a different amount, so it's helpful to know which ones are best to create. In addition to this, you have to consider that, by eating, the points are also restored Health, of a different amount based on the food used. 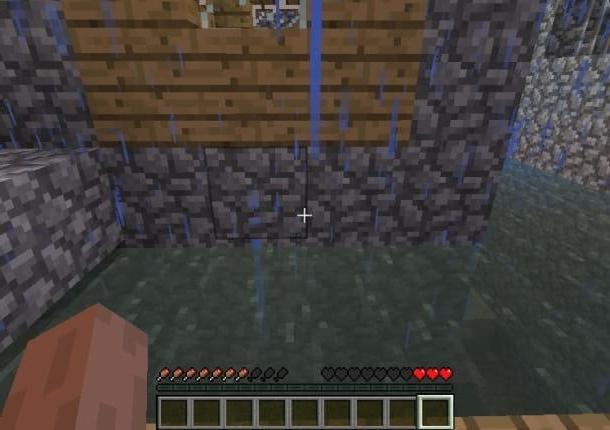 Another parameter that, on the other hand, is not displayed on the screen and therefore the player cannot monitor directly is that relating to Saturation, which expires each time the player performs activities such as running or digging. When the level of Saturation drops to zero, the points Fame they begin to descend, with the consequences that you are already aware of.

All foods restore this level of some amount Saturation and only some of them are cheaper than others to wear on your adventures. Also consider the amount of points Saturation that a food can restore can never exceed the current level of Fame, so you could use different combinations of foods to optimize their consumption.

Just to give you some examples, the Cooked sheep meat restores 6 points of Fame and increase the level by Saturation of 9,6; a Cake, on the other hand, he recovers 14 points Fame, but raise the level of Saturation only 2.8 points. Then use a Cooked sheep meat if you are only with zero points of Fame it's a waste of points Saturation, because only 6 would be restored instead of 9,6. With a Cakeinstead, you would have a level of Saturation reset too low and you will have to eat more food soon. 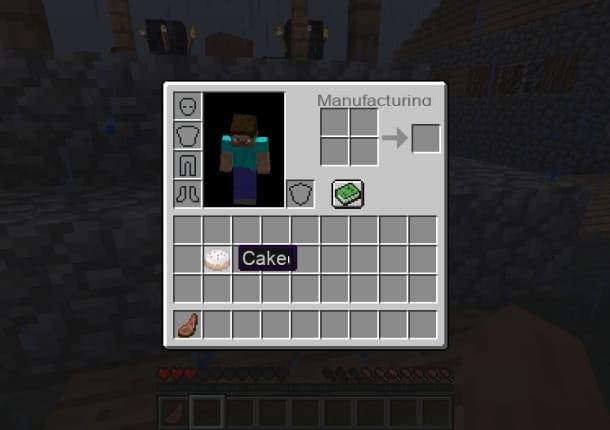 Generally speaking, the best foods that have a more efficient recovery point ratio Saturation / Hunger are the Golden apple and Golden carrot. Following are the cooked meats, such as pork, sheep or beef or the Cooked salmon. Then all the other types of food follow, among which the worst are the Cake, the Biscuits or raw fish.


How to eat in Minecraft 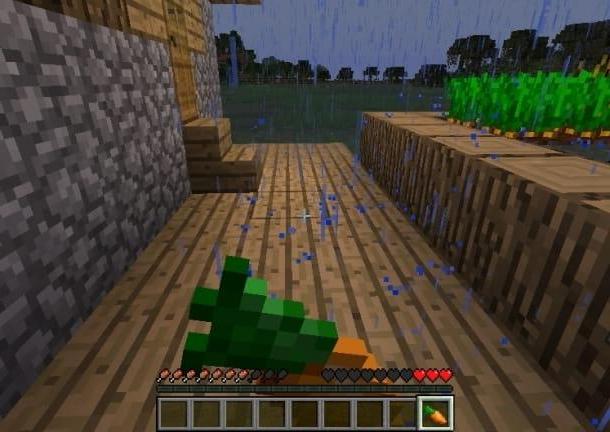 After taking into consideration the advice I gave you in the previous chapters to understand how to recover food and how to cook it, to get better, it's time to find out how to eat in Minecraft.

First, open your inventory and drag the food to the bottom bar in any quick slot. Once this is done, exit the inventory and press the number key corresponding to the food slot to equip it. Very well! Now all that remains is to hold down the interaction button (the right mouse button) to start the animation that will allow you to feed on the food in your hand.

The only food that has to be eaten differently is there Cake, which first requires to be placed on a shelf, as if it were a block. After doing this, interact on it to eat a slice, for up to seven, before it is completely consumed.

How to eat in Minecraft

add a comment of How to eat in Minecraft