How to do the Coffin Dance in Minecraft

What is Coffin Dance 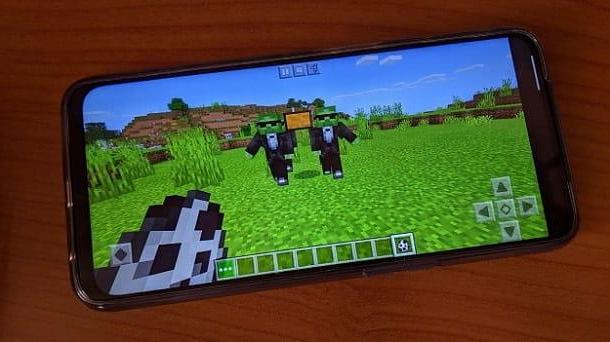 Prima di enter the dettaglio della procedura su how to do the coffin dance in minecraft, I think you might be interested in learning more about the latter.

Well, the Coffin Dance is a typical dance of a Ghanaian group of pallbearers, or those who help carry the coffins to funerals. In other words, these pallbearers from the city of Prampram usually dance with a coffin on their shoulders, to try to play down the funeral a bit.

The popularity of this controversial group increased in 2017, after the with the BBC brought to light the existence of this custom in one of its services. Apparently, in Ghana there would be more and more people willing to pay these pallbearers to play down a sad moment like that of a funeral.

In any case, in 2020 the Coffin Dance has become particularly popular online, following the appearance of some video clips in which it is coupled with songs belonging to the genre EDM. The sequence has become widely used on social networks as a meme and often appears in compilations of video “fail”.

To put it simply, Coffin Dance is used online to play down something that went wrong. In short, certainly not everyone looks favorably on this controversial Ghanaian custom, but there are those who appreciate it to play down the “bad moments”. 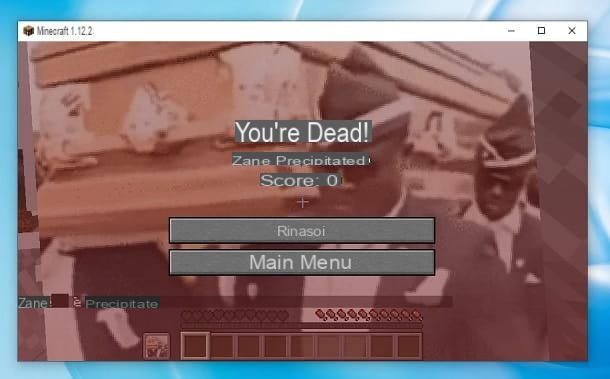 As for the addon able to add the Coffin Dance on Minecraft, you must know that the latter is compatible with the version for mobile devices of the game. However, there is also a mod for the Java version for PC of the game.


These are two different contents. The addon for Android smartphones and tablets actually adds i dancers of the Coffin Dance, while the mod for the Java version for PC of the game simply introduces a box with the original video of the pallbearer that appears after each player's death. Unfortunately, nothing can be done on iOS, iPadOS or consoles. To find out more, read on.

How to do the Coffin Dance in Minecraft for Android 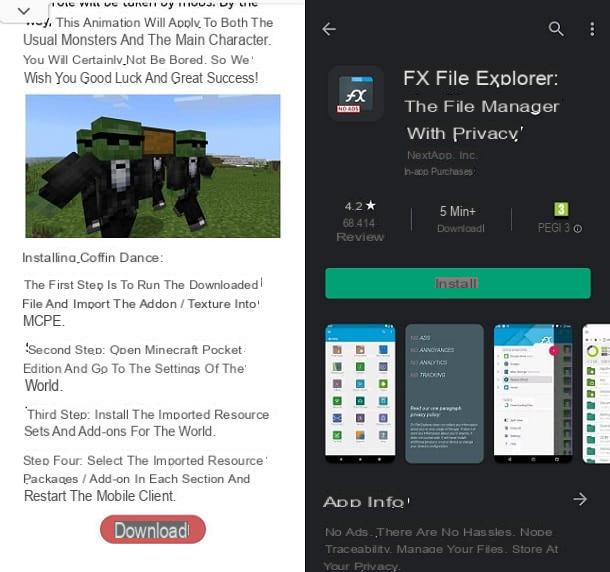 If you want to add the Coffin Dance to Minecraft, the best method is to do it via the for version smartphones and tablets of the game, which is now simply called "Minecraft" (previously known as Pocket Edition).

In fact, there is an addon for this version, called Coffin Dance for Minecraft Pocket Edition, which adds the pallbearers that I covered in the preliminary chapter. To download this mod, connect directly from your mobile device to the TLauncher website and press the red button Download. You may need to tap the button X, present at the top right, to skip some advertisements.

Don't pay attention to the fact that you are referring to a specification Minecraft version Pocket Edition: I actually managed to get this add-on to work in other builds as well, for example through version 1.16.40 of the game.

At this point, you will have obtained the file coffindance- [version] .mcaddon. To install the latter within the mobile version of Minecraft, you will need to go through a file manager able to open the file directly with the official game application, in order to install the addon. 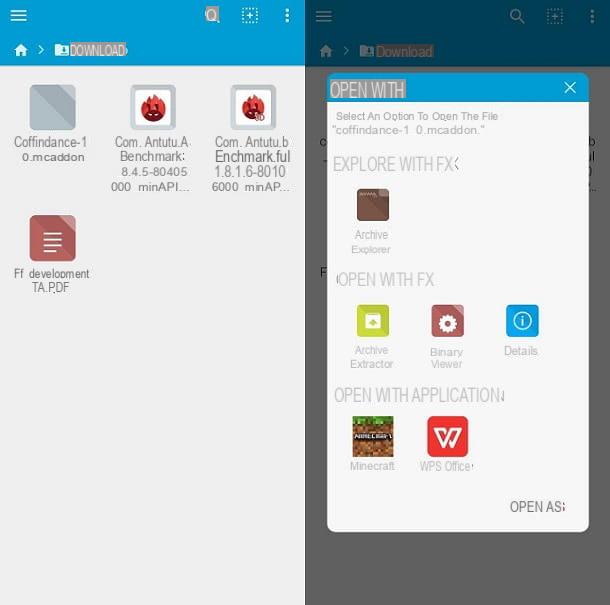 For example, you might think about using FX File Explorer, downloadable directly through the Google Play Store or, if your smartphone or tablet does not integrate Google services, through alternative stores.

In any case, I will use FX File Explorer to give you a concrete example regarding the installation of the addon, but if you need more details you can take a look at the official Minecraft guidelines.

Once FX File Explorer is open, navigate to the folder Download (or in any case the path where you saved the addon file), click on the file coffindance- [version] .mcaddon e fai tap sull'icona di Minecraft.

Of course, the game must already have been installed and configured. Also, for the addon to install correctly, you must have run thelogin to your account. You may also need to press the key Allow, in order to allow the Minecraft app to access the addon file.

If everything has been done correctly, you should see the writing at the top of the screen Coffin Dance Add-on importato.

After you have successfully installed the component within Minecraft, I would say that it is time to understand how to use it.

To proceed, go to the path Play> Create New> New World> Create New World and select that as the default game mode Creative, which involves the deactivation of objectives (but so much this game is designed to test the addon).

After that, move to the section Resource packs, present at the bottom left, and expand the item MY PACKAGES. Here you will find theaddon previously added: just press on it and tap the button Attiva.

Next, for the addon to work properly, you need to navigate to Behavior packages, expand the entry MY PACKAGES and activate the additional package.

Once this is done, hit the button Crea to give life to the new world and enter the game. At this point, tap onthree dots icon which is located at the bottom, in order to access theInventory, premi sull 'icon of the lens of ingrandimento and type the finish “coffin”.

By doing so, you will see theegg icon. Press, therefore, first on it and then on an empty slot of thequick inventory, which is located at the bottom, in order to move the egg. At this point, exit the inventory using the button X and uses the egg of the Coffin dance on any empty spot.

For a few seconds, you will see gods appear creeper, known enemies of Minecraft with the green body, disguised as a pallbearer who will perform the Coffin Dance. In short, you have reached your goal!

How to do the Coffin Dance in Minecraft for PC

How do you say? You don't have the version of Minecraft for Android devices available, but that one Java by PC? No problem, I'll explain immediately what can be done in this case.

Well, as I explained in the introductory chapter of this guide, there are no properly functioning mods here that are capable of making dancing pallbearers appear, but there is still some content that might interest you. In fact, there is a mod called CoffinDanceOnYou, which shows the original video of the Coffin Dance each time the player dies.

The mod is compatible with versions 1.12.2 e 1.14.4 of the game: if you do not have one of the latter available, you can refer to my guide on how to change the version of Minecraft. In any case, to proceed with the installation of the mod, you must first configure the profile forge.

To do this, connect to the official Forge website, choose the version of Minecraft for which you want to download the tool, click on the button Installer, skip any advertising (usually a button appears at the top right Skip) and wait for the file to download .jar of the program.

When the download is complete, launch the file forge- [versione] -installer.jar obtained, tick the box Install client (which should already be enabled by default) and press the button OK. Great, now you have successfully installed Forge. 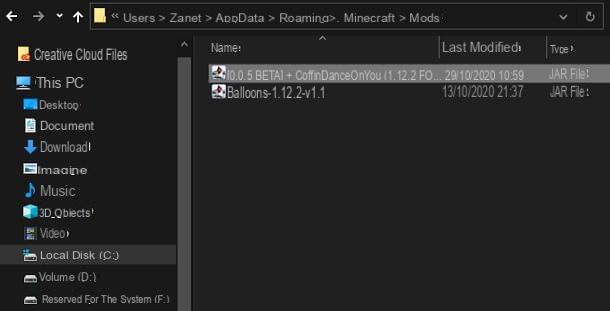 At this point, connected to the page of the CurseForge website dedicated to the CoffinDanceOnYou mod and click on the button Download, present on the right, next to the item relating to Minecraft version in you possesso.

After that, move / copy the file CoffinDanceOnYou- [version] .jar in mod folder of Minecraft: up Windows, the path to follow is C: Users [username] AppDataRoaming.minecraftmods, while on MacOS is ~ / Library / Application Support / minecraft / mods. For Windows, you may need to turn on the display of hidden folders. 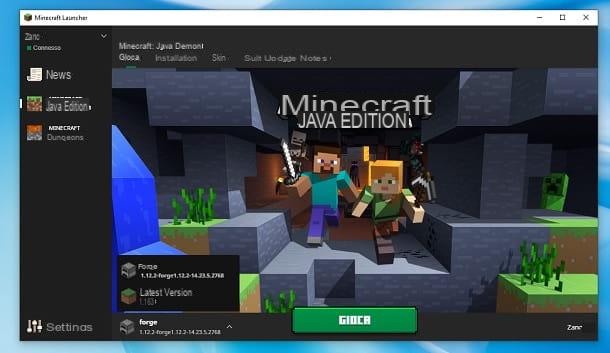 Now, start the Minecraft launcherselect il profile forge from the appropriate menu at the bottom left and press the button PLAYS. Enter, therefore, in any game, perhaps in mode Survival, and try to do die your character.

You will see that the original video of the Coffin Dance. Perfect, you have now successfully achieved your goal. 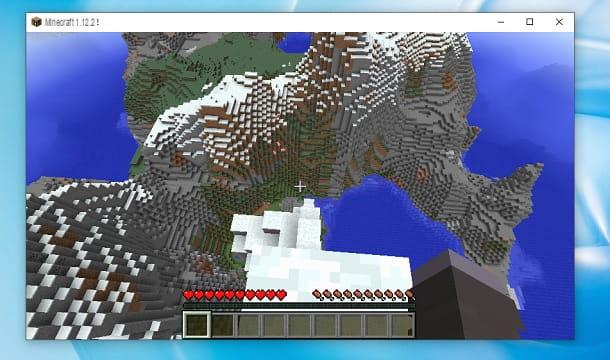 For the rest, since you are a fan of the Mojang sandbox title, I think it might interest you to take a look at the page of my site dedicated to Minecraft, where you can find several interesting guides on this video game.

How to do the Coffin Dance in Minecraft