How to build a car in Minecraft

In the basic version of Minecraft it is not possible to build functioning cars. A type of usable means of transport is one that has an engine consisting of slime blocks, whose operating principle is already described in my previous guide.

Since this means of transport is not comparable to a car, as it only proceeds in two directions on the same straight line, I can help you by recommending some mods that allow you to build vehicles of any type to use for exploring the world of Minecraft .

The solutions I will tell you about in the next chapters require the installation of Minecraft forge, a free tool for managing mods in Minecraft. To install Minecraft forge, go to its official website and press the button Windows Installer to download the file .exe most recent. If you need to download Minecraft Forge for older Minecraft versions, you can use the left side menu.

After downloading the file, double-click on it and, in the box that is shown to you, click on OK to install. At this point, you just have to reach the path C: Users [name] AppDataRoaming.minecraft through theFile Explorer Windows and open the folder mods. If you don't find it, create it manually.

Inside the folder mods the files must be placed JAR of the mods that you will download among those recommended in the following chapters. After doing this, you need to start Minecraft and press the icon with the symbol (▲) located next to the button Play.


Then choose the profile Forge and click Play. You will notice if the mod has actually been installed if you find it among the items in the list accessible via the button Courage, on the main game screen

Mod to build a car

At this point you can take action and choose a mod that allows the construction of machines to be used in the world of Minecraft: here are the ones that, in my humble opinion, are the best of the moment. 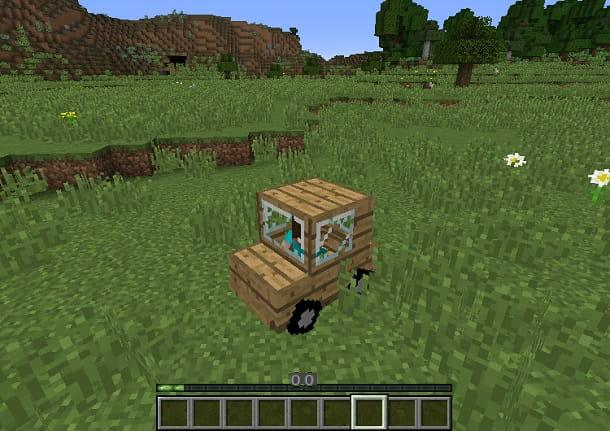 The Ultimate Car Mod is one of the most complete Minecraft mods, adding vehicles of different types to the game world. There are both one- and two-seater cars, as well as small trucks, including a trunk that can hold the collected resources.

The peculiarity of this mod is that it introduces a refueling system for means of transport, which does not allow them to reach long distances, as they need fuel. In this regard, they are present in the mod service stations and centers of fuel production. Also, if you want to mark a path, you can build roads with asphalt blocks that make it very realistic.

To create a car, you need a bank gives lavoro to manufacture all the different components of the vehicle. For example, to make a seat for the car, you need three units of cotton and five wooden boards. Once you have all the necessary parts, you will need to create a workshop. This is achieved by placing a block car workshop and eight units of car workshop parts on a 3 × 3 free area. 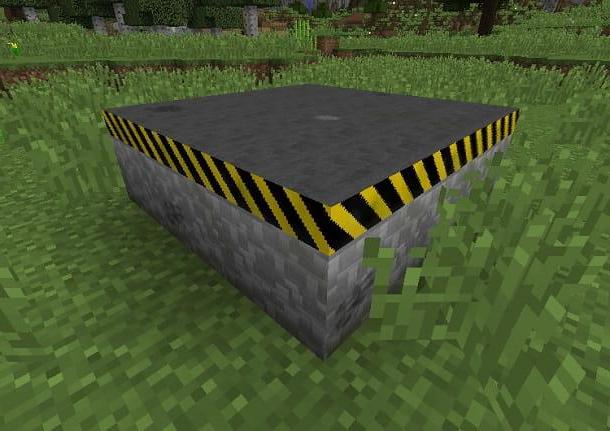 Once this is done, interacting on the platform just made, you can insert all the different components to build the vehicle. In this regard, I recommend that you reach this link, where you can find details on the projects to create the components and vehicles themselves.

After filling the slots of the workshop with the parts needed to create the vehicle, press the button Spawn car, to make it appear on the platform. The vehicle created will only have 10% fuel, so it will be necessary to reach a petrol station, which can be built by always referring to the link mentioned above. Furthermore, it is possible to refer to this other official guide made by the developer of the mod (in English), which explains how to create a fuel production plant. 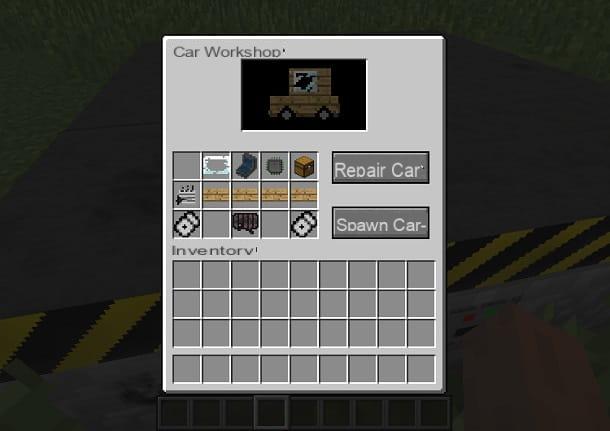 The controls for using the vehicle are simple: interact on the car to get in and hold the button R to set it in motion. After turning on the vehicle, by pressing the button I, you can see the panel that shows you some parameters, such as the fuel level or the damage received. 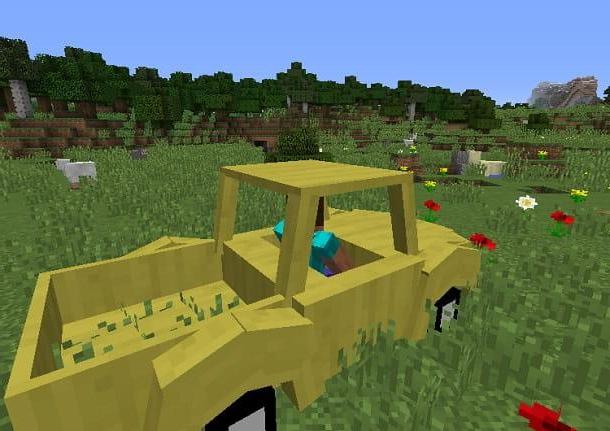 Another mod that I recommend you use is SoggyMustache’s Transportation Mod, which adds some vehicles of both two and four wheels, as well as other bizarre means of transportation, such as the unicycle and the glass ball.

To use this mod, however, you will need two other components: Bookworm (for Minecraft 1.12.x or later) and Moons Core. Files downloaded in JAR format should be placed in the folder mods, along with the SoggyMustache’s Transportation Mod, downloadable from this link.

At this point, all that remains is to start Minecraft and discover the new vehicles added, which you can find in the inventory, in the tab vehicles, of any map in mode Creative. Just put the vehicle icon to use in the quick bar and right click to place it on the ground.

After positioning the vehicle, interact on it to get inside and use the movement controls to use it. Unlike the mod I told you about in the previous chapter, the use of fuel is not required, thus being able to use the vehicle without limitations.


Other ways to get around quickly in Minecraft 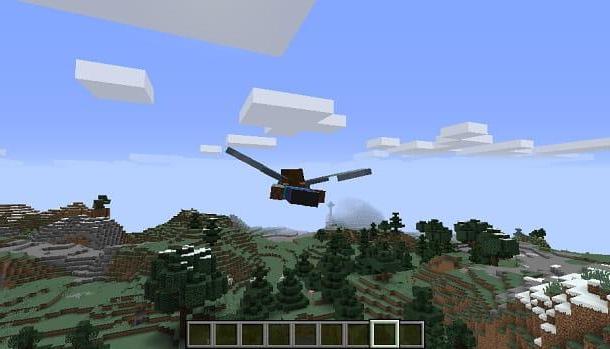 In addition to the vehicles I told you about in the previous chapters, you can use other means to move freely in Minecraft. For example, you can use a horse to face your adventures and thus reach even the most distant places. In this regard, I recommend that you read my guide on how to tame a horse in Minecraft.

Also, there are other means of getting to a distant place - you can build a mining wagon by rail, which connects one or more places of your interest, perhaps with an underground and well-lit tunnel, or you can use the teleportation. Unfortunately the latter requires the use of the command console for large distances, which I told you about in this guide of mine in detail.

Finally, another method to quickly reach a distant place is to use theElitre, a set of wings that allow the avatar to fly. The Elitre, in reality, only allows you to glide but, in combination with the pyrotechnic rockets, it is possible to gain altitude for long flight sessions. If you want to know more about this object and also about other methods to fly in Minecraft, I suggest you read my guide dedicated to this topic.

How to build a car in Minecraft

add a comment of How to build a car in Minecraft