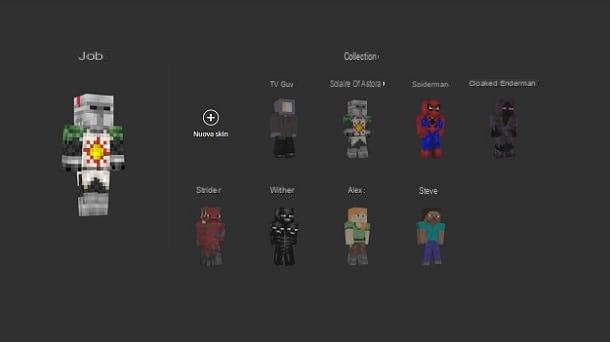 Before explaining in detail what, in my humble opinion, the best skins for minecraft currently available, I think you might be interested in learning more about this in-game avatar customization element.

Well, skins are add-ons that allow you to change theappearance of your character within a game (in this case Minecraft). Put simply, you can use them to change "the outfit" and the way other players see you. It should be noted that this is only an aesthetic change, since this does not change the gameplay in any way.

You can change your character's appearance simply via your own settings Minecraft profile, carrying out theupload the skin file. 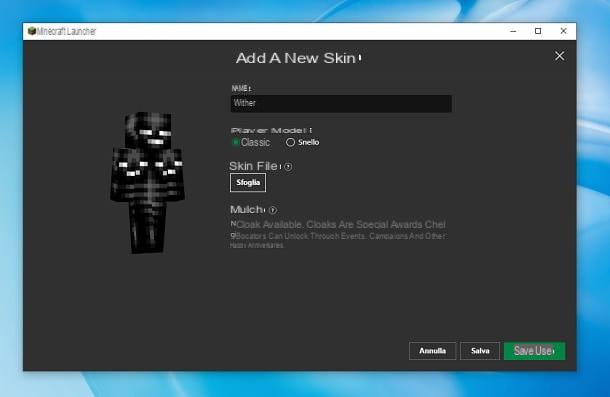 More precisely, once the Minecraft launcher, and pressed on the item Skin present at the top right, you can click on the icon +, assign a skin name, choose the file .png corrected via the button Shop by Department and click the button Save and use, to use a new skin. For more details, I recommend that you check out my tutorial on how to change skin to the Minecraft character.

Finally, I remind you that as regards theJava edition of Minecraft for PC, to see the full skin of your character, you have to press the button F5 of the keyboard, which allows you to enable the third person view.

After explaining what they are and how to use them, I would say that you are ready to take a look at coolest skins for minecraft. 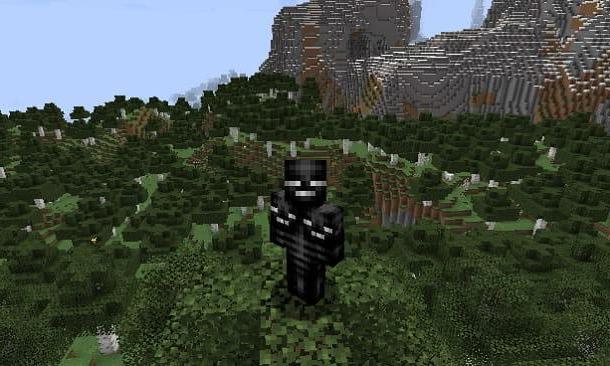 If you are a Minecraft fan, you will surely know the Wither, one of the creature more iconic than the Mojang title, which requires effort to be defeated.

So why not "embrace the dark side" and turn your character into something of a Wither? The skin created by DelCottonwood, downloadable from the MinecraftSkins website (by simply pressing the button Download).

Obviously, the skin is not totally faithful to the shape of the Wither, since the latter has three heads, but tries to recreate his skeletal aspect in humanoid form.

Surely it is an interesting skin that allows you to differentiate yourself from the others. Perhaps a little too "dark" for certain people, but intriguing for those who appreciate the figure of the Wither. 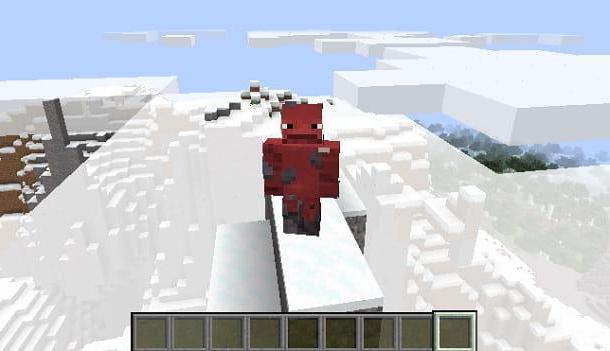 Added in 2020 with the Nether-related update of the Java PC version of Minecraft, Strider it is a very interesting mob, which we could define as having a "fiery" aspect.

In any case, this character has entered the hearts of the players due to his dual soul. On the surface it might seem like a hostile enemy, but in reality its conformation with cube-shaped head makes it almost tender from a certain point of view.

Not surprisingly, you can use it as mount, then get on it "on the back" and use it almost as if it were a horse. In any case, here we are talking about its aesthetic appearance, which is what the skin created from Baekhyun and published on the MinecraftSkins portal tries to "rebuild" in human form.

In short, the proportions are not the same and the conformation of the character does not exactly follow that of a Strider, but if you are among the people who particularly appreciate this mob you cannot miss the skin dedicated to it. 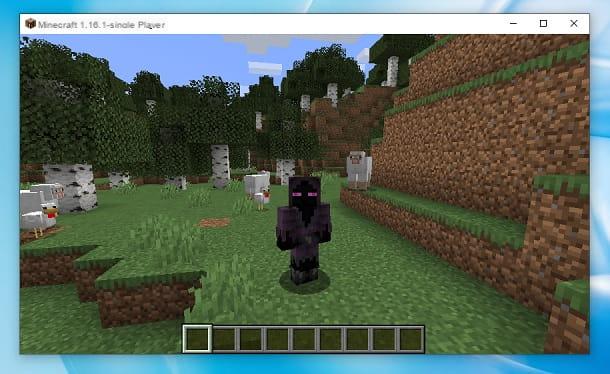 If you are looking for a "dark" skin, probably the one dedicated to the mob Enderman hooded is for you.

In fact, this mob is already a bit "disturbing", given its height and the colors that compose it, from the black of the body to the purple of the eyes. If we add to this a hood / cloak, just like the skin created by Ewan cooper and posted on the MinecraftSkins website, everything takes on an even more "mysterious" air.

It is a skin that certainly does not go unnoticed and that is able to make others understand how terrifying your performances within Minecraft are. If you are a little attracted by the "dark charm" of the Enderman, this "outfit" is definitely for you. 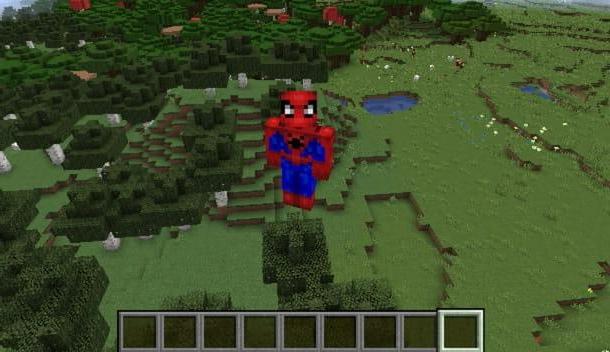 Obviously, among the most appreciated skins by the players there are also those that go to reconstruct the look of characters outside the world of Minecraft.

On all available skins, from the one dedicated to Batman up to that linked to Iron Man, probably the most successful is that of Spiderman realized by Unknown and published on the usual MinecraftSkins portal.

In fact, it manages to trace the features of Spider-Man as it should, inserting an element linked to the Marvel universe into the world of "cubes". Surely fans will appreciate this type of skin. 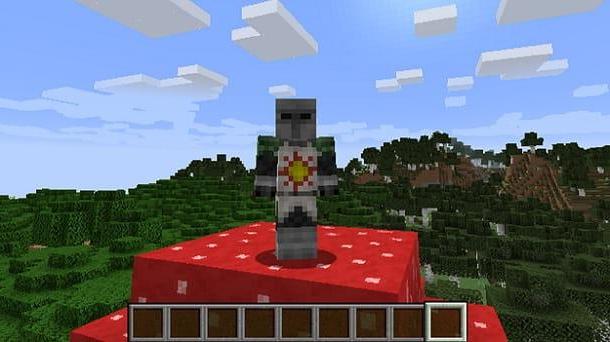 Here I admit it: in the choice of this skin my passion for the video game series played a fundamental role Dark Souls and more precisely for the character of Solar di Astora ("Praise the Sun", some would say).

A very iconic character who represents, in some ways, a metaphor for life. In a land borrowed from pitfalls of any kind, there is a knight capable of instilling safety and joy to the player, Solaire di Astora precisely.

Solaire is the character that grants the user the possibility to collaborate with other players in the flesh and is also a soul in constant search of the sun, or the happiness that every human being aspires to, surrounding himself with people who love him and putting aside negativity.

In short, after this personal analysis of the figure of Solaire, I think you understand why someone has even come to create a skin for Minecraft of this character. If you want to “praise the Sun” too within the Mojang title, you can do so by downloading the skin created by BeardedToaster.

Other interesting skins for Minecraft 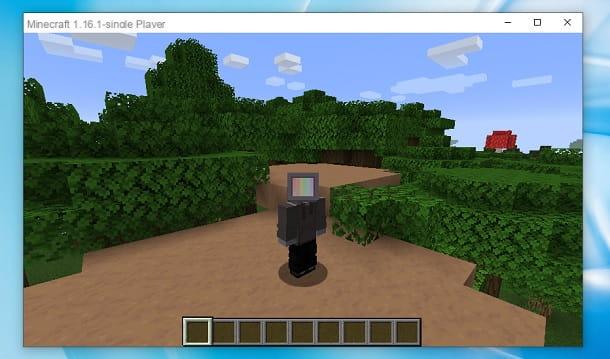 Of course, there are a myriad of other interesting Minecraft skins besides the ones I mentioned earlier. Here are some that I think you should try.

Since you are a fan of the Mojang title, then I suggest you take a look at the page of my site dedicated to Minecraft, where you can find countless tutorials that could be for you. For example, staying on the subject of in-game avatar customizations, you may be interested in my guides on how to create skins on Minecraft and how to create Texture Packs on Minecraft.